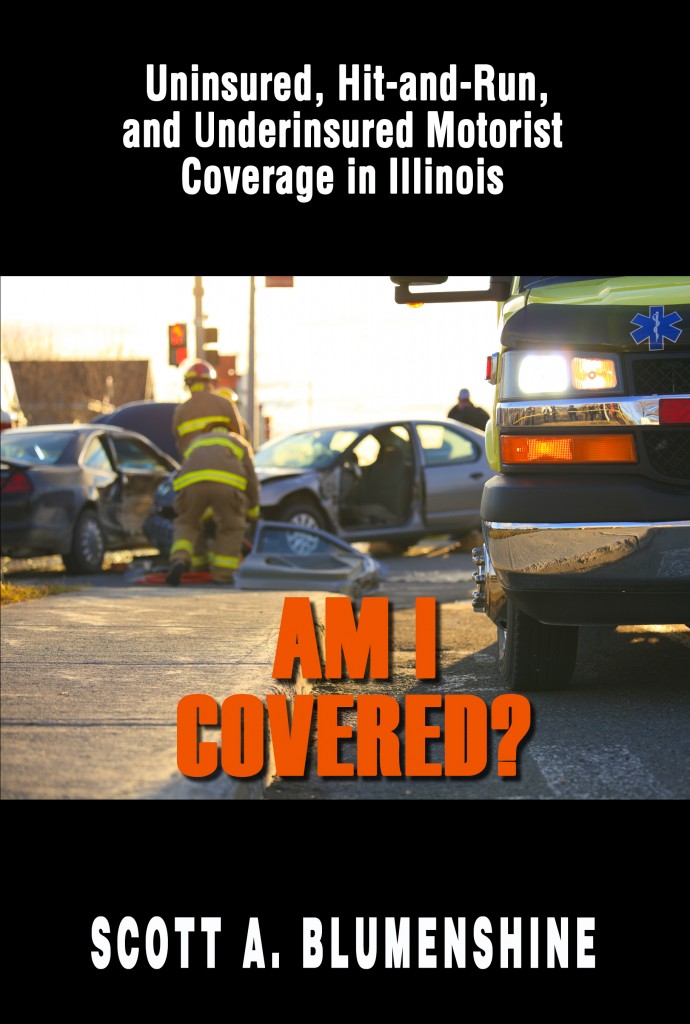 You’ve been in an accident through no fault of your own and find out the other driver is uninsured or underinsured. Where do you go next, what do you do? If you have uninsured or underinsured motorist coverage on your insurance, you may receive valuable proceeds from your own policy. If you were injured, you may have questions about whether you are covered or not. Is your insurance company delaying or denying your claim? This book is intended to help you with your questions about uninsured and underinsured motorist coverage.

Uninsured motorists are a major cause of collisions causing injury, damage, and death on the roadways. And, because of their uninsured status, uninsured drivers are highly likely to hit-and- run. Fleeing the scene is a common for uninsured motorists. It is not fair that the person responsible for the accident is not required to pay related costs. However, the only reasonable action to take is to ensure that you and your family are covered by sufficient uninsured and underinsured motorist coverage. $100,000 is the minimum coverage limit that people should carry. Hospital and medical costs can be astronomical. Many insurance and legal professionals have policy limits of $250,000 or more because they have seen the economic loss caused by an uninsured or underinsured driver.

This e-book helps to explain the insurance and legal remedies available after a driver, passenger, cyclist, motorcyclist, or pedestrian is injured in a collision with an uninsured, hit-and- run or underinsured motorist. The book answers common questions about uninsured and underinsured motorists’ coverage and breaks down legal and insurance jargon into easily understandable concepts. The book attempts to provide the best answers to the common question, “Am I covered?” It also provides answers to specific questions about insurance policy exclusion and limitations on UM and UIM coverage.

Disclaimer: This e-book is informational, and it does not include any individual legal advice. No attorney client relationship is formed by the purchase or use of the book. To get specific advice on your question, please contact an attorney experienced in uninsured and underinsured motorist claims.

By Scott A. Blumenshine Copyright © 2014