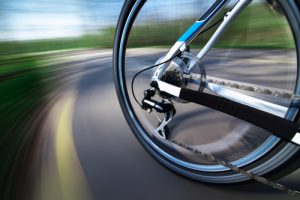 Dennis Jurs was a United States Army veteran whose legs were severely injured during the Vietnam War when he stepped on a landmine. In order to assist in his rehabilitation, he began riding a bike. He developed a love for the activity and became an avid bicyclist, even joining a cycling club. He was active in organizing the Four Bridge Bicycle Race in Elgin, Illinois.

In 2015, the 68-year-old Jurs was killed when a vehicle plowed into him at an intersection where “north and southbound drivers have stop signs but east and westbound vehicles do not.” The vehicle driver had stopped for the stop sign, but, as he accelerated after stopping, he plowed into Jurs who was riding through the intersection. Jurs had the right-of-way since he had no stop sign.

The vehicle driver was given a citation for failure-to-yield, but a judge dismissed the ticket. He ruled that, under the law in effect at the time, a bicycle rider did not have the same rights as a vehicle. Jurs’ family turned their attention to activism. Their sorrow over his death, coupled with their disappointment in the judge’s interpretation of the Vehicle Code, gave them the impetus they needed to push for a change in the law. They were partly responsible for having an amendment added to the Vehicle Code, also referred to as “Dennis’ Law” in memory of Dennis Jurs.

“Traffic laws apply to persons riding bicycles. Every person riding a bicycle upon a highway shall be granted all of the rights, including, but not limited to, rights under Article IX of this Chapter, and shall be subject to all of the duties applicable to the driver of a vehicle by this Code, except as to special regulations in this Article XV and those provisions of this Code which by their nature can have no application.”

Ironically, just days after the amendment was passed, two other bicyclists were killed on Illinois roadways.  In one incident, the driver of an 18-wheel tractor trailer was given two citations. In the other crash, the vehicle driver fled the scene. Police reviewed surveillance tapes in use in the area in hopes of identifying the driver.

Statistics: Who is Getting Killed

In 2014, more than 720 people were killed in bicycle accidents across the nation with 27 of those deaths occurring in Illinois. Six are killed annually in Chicago.  In 2016, six fatalities had occurred in Chicago by the end of September. Five involved collisions with commercial vehicles. One bicyclist was hit by a train.

In addition to fatalities, another 50,000 are injured every year. Because of the vulnerability of bicyclists, injuries are often very serious and to make sure you get the most for your injuries, it’s best to work with an experienced bicycle attorney.

The Pedestrian and Bicycle Information Center has compiled statistics relevant to bicycle accidents.

Most Common Causes of Bicycle Accidents

Crashes between motorists and bicyclists could be prevented if drivers would more carefully watch for bicyclists. Three top reasons for vehicle – car crashes include:

Doorings:  When a vehicle occupant fails to check for a bicyclist before opening the car door to exit the vehicle causing the bicyclist to ram into the door.

Left-crosses: A bicyclist is hit by a vehicle that is making a left-hand turn.

Right-hook crash: A driver turns right without checking the side mirror to look for bicyclists causing the two to crash into each other.

Our Chicago Attorneys Can Help

If you were injured in a bicycle accident, or someone you love was killed, you need the help of our bike accident attorneys at the Blumenshine Law Group. We have the experience you need to vigorously pursue your case so that you receive all the compensation to which you are legally entitled. The law requires you to bring your case within a certain time after the incident, so contact us  or (312)766-1000 as soon as possible for a free consultation.