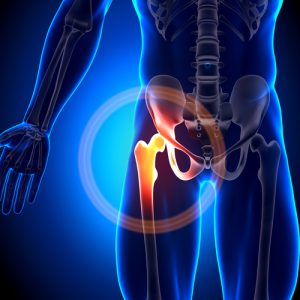 On December 2, 2016, a federal jury in Texas rendered a verdict against Johnson & Johnson and its subsidiary, DePuy Orthopaedics, Inc. (DePuy), to pay more than $1 billion to be divided among six plaintiffs. The plaintiffs alleged that DePuy was negligent and also engaged in intentional misconduct in manufacturing and selling its hip replacement device even after it knew the device was defective.

There are approximately 9,000 similar cases pending around the country. Because of the volume of cases, federal courts designated them as multi-district litigation and decided to try them as “bellwether cases.” This means that several plaintiffs with the same issues against the same defendants have their cases tried together. Johnson & Johnson and DePuy lost another bellwether case in March 2016 with the same judge presiding. Another one is scheduled to begin in September 2017.

Even after losing this case, and a similar one in March 2016 with five plaintiffs in front of the same judge, the company says it is committed to fighting the thousands of pending cases and has no plans to settle. The corporate defendants rejected a pre-trial offer from the plaintiffs in this case to settle for $1.8 million. The companies say they will appeal this verdict and plan to file a motion to prevent any of the other cases to go forward until its appeal is decided.

When patients have a hip-replacement, they expect the new device to work and not cause further damage. This was not the case with the DePuy hip replacement device. The allegations are that the device, which was designed using metal-on-metal, caused cobalt and chromium to leak into the patients’ bloodstreams requiring removal of the device. In some cases, patients were required to have several subsequent surgeries to remove the flakes of metal that remained behind even after the device had been removed. They also suffered from bone erosion and tissue death so many of them were much worse off after the device was removed than before they had the initial hip replacement surgery.

The plaintiffs alleged that Johnson and DePuy knew the device could cause injuries, but failed to warn about the dangers and instead of rectifying the problems, they continued selling the defective device. They also alleged that DePuy put the device on the market before it had undergone appropriate testing and that the company “turned a blind eye to studies that showed metal-on-metal prosthetics posed a deterioration risk for human tissue and bone.”

In 2010, DePuy recalled 93,000 of the devices around the world on the grounds that 12 percent of them failed within five years. Even so, the company continued selling the device, with no warnings about the risks involved with the implantation of the metal-on-metal device, until 2013. That year, the Food and Drug Administration (FDA) “strengthened its artificial hip regulations.” The new regulations caused  Johnson and DePuy to quit selling the device.

If you had any joint replacement surgery and are now suffering from side effects, or are expecting to have the artificial device removed, no matter who the manufacturer of your device, or what joint you had replaced, contact the hip replacement attorneys at the Blumenshine Law Group or call (312)766-1000 for a free consultation.