Boating and drunk drivers on Illinois lakes and rivers 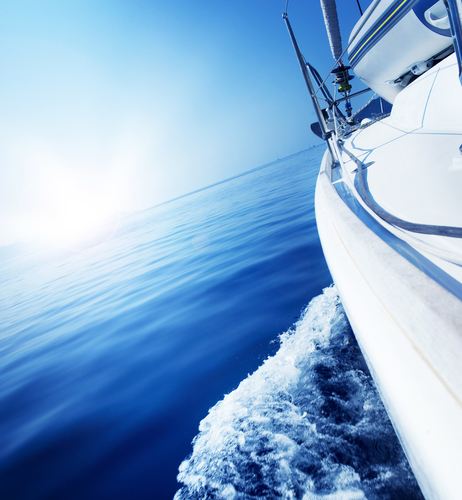 The lives of two men were lost on a recent early morning Lake Michigan boat crash when their 42-foot craft rammed high speed into a break wall. Two experienced boaters, both in their 60s, were killed. A third man suffered non-life threatening injuries. Early news reports indicated that alcohol was a prime factor contributing to the fatal collision.

According to Illinois statistics, nearly half of all boat fatalities in the state involve alcohol. This is a slightly better average than found nationally in which alcohol involvement is the major cause of boating accident fatalities.

Although Illinois boating accidents have decreased in recent years, the number of operating under the influence (OUI) arrests increased. There are 16 different categories of boating citations. The number of citations for OUI came in second only to citations written for passengers not wearing their life jackets. Coming in fifth on the list were citations for operating a boat with a blood alcohol content (BAC) of over 0.08. That blood alcohol level generally results in criminal charges being filed against drunk driving for vehicle drivers.

There are specific laws applicable to drunk operation of a boat. The legislation was prompted by the tragic death of a 10-year old boy, Tony Borcia. Tony had just fallen off an inner tube he was riding with his sister. His father and two other siblings were in a pontoon boat ahead pulling the tube behind. As the pontoon boat circled back to get Tony, the family saw a boat barrelling toward Tony.

The family frantically yelled and waved, but their attempts to get the attention of the charging boat operator failed. They watched in horror as the boat driver, who was under the influence of alcohol and cocaine, ran over Tony, killing him instantly. The drunk boat operator, who had a prior DUI conviction, pled guilty and was sentenced to 10 years in prison. The jail time will not bring back Tony nor relieve the grief of Tony’s family.

Tony’s father was present when the current governor signed the law which now, among other things, provides for:

A criminal conviction for OIC carries stiff penalties and hefty fines. Whether or not the alleged drunk boat operator is convicted in criminal court, the injured person or the surviving family members of someone who was killed, may bring a civil personal injury or wrongful death action against the negligent boat driver.

Drunk Driving of Vehicle Compared to Drunk Operating of a Boat

Most people are aware of the dangers of driving under the influence. There are public service advertisements on television that warn of the dangers of drunk driving along with slogans like “Friends don’t let friends drive drunk.” Police officers conduct periodic checkpoints on the lookout for drunk drivers. Drivers may be traveling to and from a party, but their car is not generally the site of the party.

In contrast, boats of all types are often thought of as party vehicles. Boating is recreational versus driving which is purely functional. Fishermen are known to load their boats with beer. Water skiers may want to have a few cold ones on the open waters. Others that set out for a day of fun often typically fill their coolers with alcoholic beverages.

Because of the nature of water being open, It is far too easy for a boat operator to drive erratically without consequences. There are no white lines to stay between, no traffic signals or stop signs to violate, no required turn signals to be made before making a turn.

It is up to other boaters, jet skiers, swimmers and those being towed behind boats to be on the lookout for any boat that appears to be operated unsafely. Any boat that appears not to be following basic boating rules should be reported to the local authorities or waterway police.

If you or someone you love was injured or killed in a boating accident due to the conduct of another boat operator, contact our boat injury attorneys at the Blumenshine Law Group (312)766-1000 or email at info@blg-legal.com for a free case evaluation.