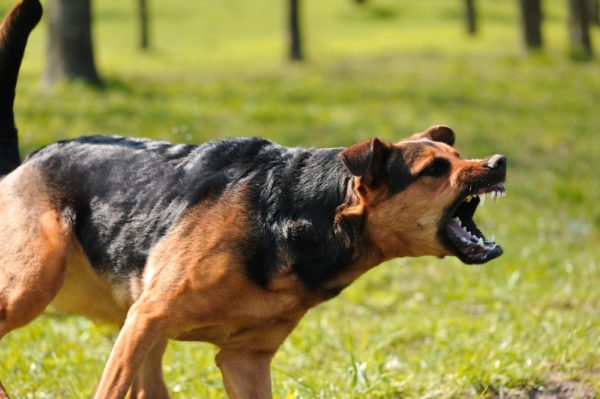 A UPS delivery driver knocked on the door of a familiar Chicago home where he had been delivering packages regularly for several years. When he heard a dog inside, he asked the resident to please not let the dog out. The response was, “Don’t worry. It’s a nice dog. I can handle it.” Almost simultaneously with this comment, the dog attacked him, going first for his feet and legs, ripping through the delivery driver’s boots. The dog then went for his face.

Another mail carrier heard the screams and was able to get the dog off the UPS man, who fell backward at the same time he heard his thumb, which was ripped off completely, fall to the ground. The mail carrier was credited with saving the man’s life. The injured man spent four hours in surgery as doctors worked to save his right hand and keep it intact. Chicago Animal Care and Control quarantined the dog for a 10-day observation to be sure the dog did not have rabies.

In the summer of 2015, a 5-year old Chicago boy was killed when he was mauled by his uncle’s dog, a dog the boy knew well and visited often. The boy and his 7-year old sister has been outside playing with the dog. When they all three went into the house, the dog suddenly lunged at the boy and dug its teeth into the boy’s neck. The mother, in her attempt to save her child, pulled the boy outside with the dog still clinging to the child. Neighbors came to help, but they were too late. The child was pronounced dead on arrival at the hospital. The medical examiner said he “died of multiple sharp and blunt force injuries to the head and neck.”

More than 4.7 million people in the U.S. are victims of dog bites every year, according to the CDC. Approximately 20 percent of those need medical treatment. Approximately 27,000 people are injured so severely, that they will be hospitalized. A large number of those bitten will need reconstructive surgery. In 2018, 36 people were killed when they were attacked and bitten by dogs. More than one-third of dog bite victims are between the ages of 5 and 9.

Illinois has the second highest number of dog bite claims, coming in only behind California. In 2015 in Illinois, there were 931 claims with tens of millions paid out in damages. Chicago is the fifth most dangerous city for dog attacks on mail carriers. Postal Service Manager of Safety says the attacks often come right after the owner says something like: “Don’t worry. My dog won’t bite.”

If you were mauled or bitten by an animal in Illinois, whether a dog or any other animal, you should know that Illinois Animal Control Act holds dog and animal owners strictly liable for injuries suffered by those who are injured. This means you do not need to prove the owner was negligent, or that the owner had any previous knowledge that the animal was dangerous. The only requirements that must be proved are:

Although the statute is often referred to as the “dog bite” statute, it applies to any injury caused by an attack by any animal. For example, if a dog jumps on you, knocks you down, you hit your head on the ground and sustain a concussion, under the statute, the owner is liable for your injuries.

How a Chicago Dog Bite Attorney Can Help

The statute seems straightforward. You got mauled or bit by an animal when you were in a place you had a right to be and you did not provoke the animal. You may ask, “Why do I need a lawyer to collect for my damages?” The insurance company and their attorneys will likely place many obstacles in your way. An aggressive, experienced Chicago dog bite attorney can be sure you receive all the compensation to which you are entitled. Including:

An attorney can help you by:

If you were injured by a dog or other animal, or someone you love was killed by an attack, contact (312)766-1000 or email (info@blg-legal.com) the attorneys at the Blumenshine Law Group for a free consultation.