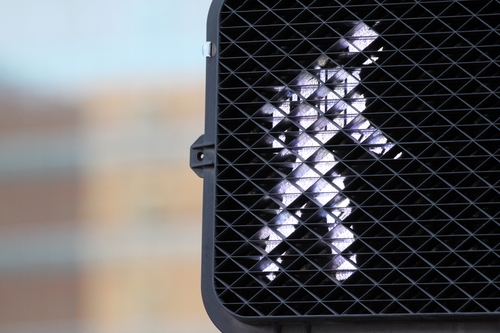 Chicago is a great walking city with lively neighborhoods, level terrain, beautiful parks, and other features. When the weather is pleasant, greater numbers of people on foot are outside and unfortunately more people are injured or killed in collisions with vehicles during summer months. People are vulnerable in crashes involving motor vehicles because they are physically exposed and thus likely to be severely injured or killed when hit by a truck or car.

123 deaths occurred in 2014 in Illinois. 35 fatalities were in the City of Chicago. The situation unfortunately did not improve in 2015 when there were 46 fatalities in Chicago. Pedestrians in Chicago are twice as likely to be killed in a hit-and-run vehicle accident than anywhere else in the nation. With a goal of zero annual pedestrian deaths by 2021, the Chicago Department of Transportation put together a comprehensive Pedestrian Plan.

This is an impressive, comprehensive plan.

An analysis of pedestrian accidents between 2005 and 2009 showed that 78 percent of all accidents happened either in or near crosswalks. The Pedestrian Plan thus calls for improvements to crosswalk markings so that they will be more clearly visible to drivers and therefore increase safety. There will be more signals and beacons with refuge islands. A refuge island is a protected area that allows people to cross one direction of traffic flow at a time. It is more than just a median, but a wider protected and sheltered area.

The National Highway Traffic Safety Administration (NHTSA) has analyzed the different factors contributing to accidents and compiled the Traffic Safety Facts for pedestrians. The report cautions motorists on the most common errors that can eliminate injuries if drivers increase their awareness of these causes of pedestrian collisions.

Safety starts with awareness. Drivers who keep in mind these common causes of collisions with people are more likely to avoid potentially fatal collisions.

The NHTSA has published the following general information of interest:

The Governors Highway Safety Association (GHSA) recently released a report of a two-year study on fatalities. The results are not encouraging. Nearly 6,000 pedestrians were killed in 2017, which is a 25-year high.

Primary Causes for the Surge in Pedestrian Deaths

Both the GHSA and the Active Transportation Alliance (ATA), a Chicago group that advocates for better “walking, cycling and public transportation options” note some of the primary reasons for the increase in pedestrian deaths.

The deputy director of ATA found that this distraction is readily observable in drivers and pedestrians in downtown Chicago during rush hour. She states that one thing in common among the scores of people crossing the busy streets is that “their eyes are down, staring at their phones.”

Other Factors That May Contribute to the Increase in Pedestrian Accidents

The GHSA suggested marijuana use may contribute to the increase in fatalities since, in the first half of 2017, pedestrian deaths increased in states, like Colorado, that had voted to legalize recreational marijuana. But, when state-level data for all of 2016 was considered, this did not seem to play a factor.

Alcohol, on the other hand, played a significant role. Eighteen percent of drivers who hit and killed people walking, and 38 percent of pedestrians who died, all had alcohol levels above the legal driving limit.

If you were injured or someone you love was killed, you may need the services of a pedestrian accident attorney. You need an advocate who will investigate and discover whether a driver or owner or both should be held liable for your accident. Please consider contacting the Chicago attorneys at the Blumenshine Law Group - (312)766-1000 or email at info@blg-legal.com for a free consultation and case evaluation.