Chicago, We Have a Lead Problem | Blumenshine Law Group
0

Chicago, We Have a Lead Problem 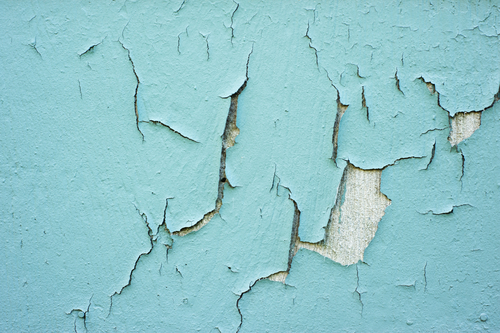 According to the Illinois Department of Public Health (IDPH), lead poisoning is “the number one environmental illness of children.” Its primary cause is lead paint used in 75 percent of all homes built in the state prior to 1975. Despite having made some progress in alleviating the problem, Illinois has one of the highest rates in the nation of children who exhibit high blood levels of lead.

Symptoms of lead based paint exposure are:

In April 2017, the Chicago Tribune published an expose of the Chicago Housing Authority (CHA) and its problem with its inadequate lead-paint inspections of subsidized homes. Since 2010, the CHA has approved occupancy for nearly 200 homes in which children were later diagnosed with lead poisoning.

It is well established that lead paint poisoning in young children can change their life forever. The toxin can permanently damage the part of the brain that enables “people to pay attention, regulate emotions and control impulses.” The 4-year-old boy that was the main subject of the Tribune article had been “severely poisoned.” At one time, his blood test results showed he had 14 times more than the upper allowable lead limit according to federal guidelines. At age 3, the child had the language skills of a 9-month old, and the mental development of an 18-month old. The Tribune concluded its article with little indication for change for those living in Chicago's subsidized housing.

Lead Paint as a Public Nuisance

The magazine, Mother Jones, concerned about the fact that 24 million American homes still have walls coated in lead paint, recently published an account of legal battles dating back 20 years where states have been trying to force paint companies to remove the toxins from the walls of those old houses.

Lawsuits had generally been brought alleging product liability. The problem is that product liability suits require proof that the harm was caused by a specific paint manufacturer, an extremely difficult element to prove when such old buildings are involved.

In 1999, a new theory was advanced when a creative lawsuit was filed by the state of Rhode Island against paint companies, alleging that the lead paint created a public nuisance. Rhode Island won its case in the lower court, but the state Supreme Court reversed the judgment in 2006, essentially ruling that “public nuisance law didn’t apply to house paint.” Other similar suits by other states against paint companies had similar unproductive results.

In November 2017, a California appeals court upheld a superior court ruling that three paint-makers, Sherwin-Williams, ConAgra, and NL Industries, had created a “clear and present danger in the form of a public nuisance that needs to be addressed.” The ruling applied to 10 California counties and cities.

The three paint companies were ordered to pay $1.15 billion for “abatement” and education. Abatement means to permanently get rid of the “lead-based paint hazards.” The clean-up of the toxin was ordered only for homes built prior to 1951. In February 2018, the California Supreme Court refused to hear the paint companies appeal. They have said they now plan to appeal to the Supreme Court of the United States.

Under Illinois law it is possible to recover for injuries caused by lead based paint. Pursuing a lead based claim takes time and effort which we will invest on your behalf. Investigating the source, nature and extent of the exposure requires the skill of an experienced attorney and support staff.

If your child exhibits any symptoms of lead poisoning, or you have any reason to believe that ingesting lead is causing any of your family members to be sick, contact the lead poisoning attorneys at the Blumenshine Law Group (312)766-1000 or email info@blg-legal.com

We offer a free consultation and can discuss with you the circumstances surrounding your concerns about your child and determine what steps may be taken.