In Praise of Consumer Protection Laws and Class Actions 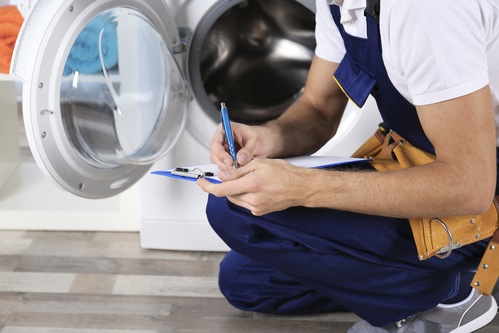 The rule of law must protect the powerless against the powerful.  This principle has been developed in civilized societies and passed down through the centuries. Without the rule of law, those with power are free to oppress, abuse, and take advantage of those without power.  The concept of justice and redress for harm is one prerequisite to a civilized society. Protection of the consumer against corporations is essential.

If people feel helpless and hopeless, they take matters into their own hands.  In order for the law to protect people, it must have some teeth, some effect, and some real consequences for it to have meaning.  Similar to a parent who tells their child to stop drawing with crayon on the wall and then imposes no consequence for the continued behavior, if our consumer laws do not exist or are not enforced, the bad behavior will continue.

If a law has no enforcement mechanism, then the law is just a lofty sounding platitude. If the law cannot be used to effect real consequences, the law is just a bunch of words on a piece of paper. If the law cannot be used by people to get fairness, or justice, or to hold others accountable, then the law has no real purpose. Without justice, anarchy will soon take hold because the people will have no faith in the law. Want proof? Read history.

Many corporations, politicians and other influential groups have been successfully advocating for weakening, dismantling and eliminating consumer protection law and class action lawsuits. This is a frightening development. Where does the consumer turn when a defective product or service is sold by a corporation? If the customer service desk does not provide a refund, what does the average consumer do? The fact is that consumer protection laws and class actions hold corporations accountable. Where will change in behavior come from without the threat of accountability?

Does anyone really believe that the consumer who gets the shaft by being sold a defective product or service is going to be able to use the court system on their own to get a remedy? Does anyone really believe the consumer is going to be able to pay legal fees and costs for a defective, faulty or fraudulent $50 service? The consumer either cannot afford the legal fees and costs or the fees and costs far outweigh the potential benefit. The lawyer cannot possibly use the legal system to benefit the individual consumer because the lawyer has to feed his family and pay rent, staff, utilities, insurance and the dozens of other business expenses required to keep a business operating. The lawyer who takes on noble but unprofitable business will soon be a bankrupt and unemployed lawyer.

I write this as I await the 5th visit to my home in 4 weeks by a dryer repairman. The idea I think is to fix the Maytag dryer purchased 2 short years ago at Home Depot. They sold me a “Service Contract” from the Federal Warranty Service Corporation that is serviced by A and E Appliance Company. You got that?  Of course I thought it genius to buy a service contract or extended service plan, or however they phrase it. I have always thought it absurd to have to buy a service contract. If the product is good and you are paying for it, shouldn’t it last? Well the dryer failed. I called the hotline thinking, hopefully, the minor issue would be resolved with one visit. However, after having taken parts of 4 days off work and spending innumerable hours on the phone and online with international customer service representatives, it has reached comical proportions.

The time, cost, and effort expended to get a working dryer in order that I have clean underwear far exceeds the cost of a new dryer. I probably could have refurbished my entire basement with the lost income from dealing with this circumstance. And, I am a lawyer! I feel basically powerless. Try reaching a customer service rep who has the authority to do anything meaningful like order a replacement dryer. The kicker? The service contract has an arbitration clause! No court for you they say to their customer. Court would mean accountability. Oh, and arbitration filing costs can be $300.00! Mind you the dryer cost maybe $700. Is this funny yet? Now, have I launched an arbitration demand and letters to corporate legal departments? Yes. Has that had any effect? No. I am, as we all are, just another powerless feeling consumer.

Class actions are an essential and critical legal remedy to protect the relatively weak, powerless consumer. I do not mean weak in the sense of physical, mental of emotional capabilities. I mean “weak” relative to the financial, legal, and political power of corporations. I mean weak in the sense of one soldier versus an entire army of soldiers. That one soldier might be the biggest, baddest, toughest Rambo out there, but in the face of an army of soldiers, the one soldier is eventually going to lose. The analogy of the lone soldier against an army applies to the consumer against a corporation. The lone soldier and the consumer need resources. And the class action is the vehicle to level the playing field and to interject accountability into the relationship between consumer and corporation.

On the radio this morning, a conservative politician was ranting and raving about how liberal politicians are so wrong about wanting corporate regulation. The conservative commentator was venting his view that government regulation will strangle corporations and job growth. It is true we need healthy corporations and job growth, and as a small businessperson, I do not necessarily welcome government regulation, but it is a necessity. How else are people to be protected against over reaching, corner cutting, fraud, deception, and a hundred other ways that corporations can injure, defraud, deceive, or otherwise take advantage of people? What can we rely on?  The good will of corporations? Corporations are, they will all concede, formed to make a profit. That profit motive, history has proven, often overrides good citizen type decisions. See Enron, Gulf oil spill, flammable infant clothing, and other examples of corporate bad decision making.

Now, we understand that corporations employ good, honest, hard working individuals with good intentions. This is no attack on corporate employees. The point is that a corporation is simply a soulless, lifeless legal entity that has all sorts of rights and a primary motive to make a profit! Corporations have rights to sell products and services. Is it unfair, unjust or wrong for them to have a corresponding obligation to be fair, just, and safe in their business? And how is it that they can be made to be fair, just, and safe in the business practices?  Consumer protection laws and class actions are a powerful means to hold them accountable.

If you believe your rights as a consumer have been violated, call our Chicago consumer attorneys at the Blumenshine Law Group for a free consultation – (312) 766-1000.

Need more information? Here are some other articles on our website:

What is my injury claim worth?