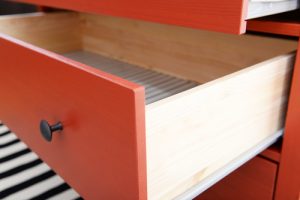 In early January 2017, a Utah mother posted a video of her 2-year old twins which, as they say, “went viral.” The toddlers were climbing on the six-drawer IKEA dresser in their bedroom when it toppled over on them, trapping one twin, Brock, under the dresser. The surveillance video the family had installed in the room shows the other brother, Bowdy, working to move the chest off of his brother. Bowdy is eventually successful, tipping the dresser just enough for Brock to crawl out from under it.

The parents said they shared the video so that other parents could see the importance of fastening the chests to the wall to prevent the tip-over. A spokesperson for IKEA, a Swedish furniture manufacturer, said the company was investigating whether or not it was really an IKEA dresser, but emphasized the parents were correct. Tip-overs could be prevented if parents would anchor the chests to the wall.

IKEA knows well the importance of anchoring chests. Allegations are that they are “inherently unstable.” In December 2016, the company paid out $50 million to settle three separate wrongful death lawsuits which had been brought by parents on behalf of their toddlers. The toddlers had all been 2-years-old or younger when they were crushed to death by toppling over Ikea dressers.

IKEA’s Response to its Toppling Dressers

In 2014, one toddler in Washington and another one in Pennsylvania were killed when IKEA dressers toppled over and fatally crushed them. Both children were under 2-years old. In both cases, the dresser involved was from IKEA’s Malm line, an inexpensive lightweight piece made of particle and fiberboard and are was sold unassembled. The kit came with an anchor and the final step of the assembly instructions said the dresser should be anchored to the wall.

In response to the deaths, IKEA instituted a “repair program” and sent warnings to families who had purchased the Malm dressers, telling them that the dressers could fall forward if not properly stabilized. It also offered to send technicians to the home to anchor the piece to the walls. IKEA maintained that if the dressers had been properly anchored, the dressers would not have fallen and the children would not have been killed.

In 2016, a third toddler was crushed to death by a toppling Malm IKEA dresser. The Minnesota parents said they bought the dresser in 2012,  but were unaware of any repair program or recall of the unit. The third death prompted Ikea to issue a recall of all of its Malm line of dressers.

In June 2016, IKEA, in conjunction with the Consumer Product Safety Commission (CPSC), issued a recall of 29 million of its dressers. One-fourth were from the Malm line as well as others that did not meet a voluntary furniture industry “tipping-over-performance standard.”. The company offered in-home installation of wall anchors, or to refund the purchase price of any recalled dresser that had been manufactured between June 2002 to June 2016.

Every year, “dozens of deaths” are due to tipping over furniture pieces that are not properly anchored to the wall. This includes dressers, televisions and other heavy furniture. Additionally, more than 38,000 emergency room visits are for treatment of injuries incurred when a piece of unsecured furniture toppled over.

There are four other deaths dating back to 1989 that were reported to the CPSC as involving toppling over IKEA dressers. The recent settlement only involved the two children who were killed in 2014 and the one killed in 2016.

The three sets of parents alleged in their lawsuits that IKEA knew about the dangers of the Malm dressers but continued to sell them anyway. IKEA responded that the tragic accidents were the fault of the parents for not properly anchoring the dressers as instructed.

The December 2016 $50 million settlement provided that each family would receive one-third of that amount. In addition, IKEA would donate $50,000 to a children’s hospital in each home state of the children, Pennsylvania, Washington and Minnesota, in memory of each child. IKEA will donate another $100,000 to an organization focused on child safety and tip-over prevention, with even more funds allocated to television and internet ads dedicated to increasing “consumer perception of the dangers of tipping furniture.

If you or your child was injured, or someone you loved was killed when a piece of furniture toppled over and crushed them, contact the tip over accident attorneys Blumenshine Law Group  for a free consultation.