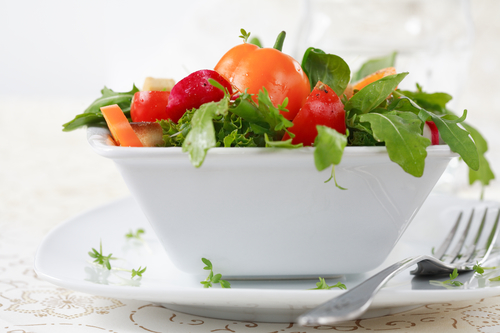 As 2017 rolled over to 2018, Illinois residents, as well as residents in 12 other states and Canada, were rushed to hospitals after suffering from a foodborne illness caused by E. Coli bacteria. As of January 4, 2018, one person had died and two were suffering from the very serious complication of hemolytic uremic syndrome (HUS), which can lead to kidney failure, seizures and strokes.

The official statement from the Centers for Disease Control and Prevention (CDC) is that it is “still investigating” the source of the contamination, including checking on whether it came from eating “leafy green vegetables.” According to Consumer Reports, the illness has been linked to romaine lettuce. It advises all those in high risk groups, such as those with compromised immune systems and the elderly, to not eat romaine.

Restaurants in some states have voluntarily decided to temporarily take romaine lettuce off of their menus. No reports have been issued on whether or not romaine has been removed from any store shelves. In addition to E.Coli causing illness, there are 30 additional known food-borne pathogens that get into food products that sicken and kill unsuspecting people.

If you think you are safe until there is an official recall of a food product, be aware. A report issued in December 2017 by the Department of Health and Human Services (HHS) reveals that the Food and Drug Administration (FDA), the organization charged with the duty of informing the public when disease-causing pathogens are found in food sources, is extremely slow in issuing its warnings and recalls.

FDA: Slow to Issue a Recall of Contaminated Food

Every year in the U.S., according to the CDC, approximately 48 million people are stricken with a foodborne illness. Nearly 28,000 of those have to be hospitalized and more than 3,000 of those afflicted die. Even with those overwhelming statistics, the HHS report found the FDA is extremely slow in issuing warnings and making sure that tainted items are removed from store shelves.

The Inspector General of HHS studied 30 recalls that had been issued by the FDA from 2012 to 2015 and found that it can take as long as 10 months after discovering that a product is tainted for the FDA to issue a recall. One of the lead authors of the report confirmed the seriousness of this delay by stating: “Each and every day is important, because every day the product remains on the shelf, consumers are potentially at risk for serious illness or death.”

Except for meat and poultry, which are controlled by the Department of Agriculture, the FDA is the federal government entity that decides whether or not a food source should be recalled. Fortunately, a company will frequently come forward on its own to report to the FDA that it has found contamination in one of its products and voluntarily recall its product. Unfortunately, this is not always the case.

Specific findings of the report included, among other things, that the FDA:

In 2011, a law went into effect giving the FDA authority to issue mandatory recalls of food it found contaminated without having to first issue a warning to a company that it had to take its product off of the market. The HHS report found this authority has only been used two times. The FDA also fails to list the names of stores, restaurants or any other location where the tainted food was made available, a failure the HHS finds inexcusable.

The FDA Commissioner has stated that he has “taken to heart the inspector general’s warnings” and is addressing the “recall enforcement problems that have persisted for years.”

If you or someone you care for suffered from a foodborne illness, or died from contracting such a disease, you may be able to collect for damages you incurred due to the negligence of the producer and distributor of the contaminated food product, or other responsible parties. For a free case evaluation with a Chicago Food Poisoning Attorney, contact the Blumenshine Law Group at (312)766-1000.