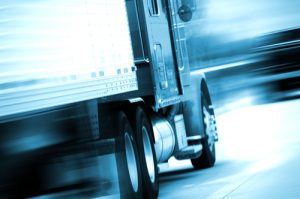 Those hours had to include two 1 a.m. to 5 a.m. periods. After resting the required number of hours, drivers could then restart their work week. A “restart” could only occur once a week, or every 168 hours. The rules had the effect of limiting drivers actual time on the road to 70 hours a week.

Truck companies and drivers lobbied for a change in these two rules. Finally, Senator Susan Collins, Republican from Maine, proposed an Amendment that would remove the two contested requirements. The overall effect of the Collins amendment would be that truckers could drive 82 hours in a work-week instead of 70. On June 5, 2014, the Amendment initially passed the Senate Appropriations Committee and it was headed to the floor of the senate.

A few days later, a Walmart truck plowed into the back of an automobile carrying Tracy Morgan critically injuring him and killing another comedian who was with Morgan in the car. Although Walmart initially claimed the driver was driving according to federal regulations, the accident occurred at 1:00 a.m. and led to a lot of publicity questioning whether the accident was caused because the truck driver was fatigued. An Investigation showed that the driver had not slept for 28 hours and had been on the road continuously for 14 hours. The Morgan publicity, plus some procedural problems, led to the amendment being pulled from the Appropriations Bill.

Finally, in December 2014, the amendment was slipped into a budget bill that passed both House and Senate and President Obama, despite expressing his opposition to the HOS changes, signed the bill into law. The new law does not repeal the two provisions, but only suspends them until a study is completed on the fatigue of truck drivers after driving a certain number of hours.

Concerns About the Suspension of the Driving Hours Requirements

In 2012, the year before the new Hours of Service law went into effect, nearly 4,000 people were killed in crashes with trucks. The HOS regulations were expected to prevent at least 1,400 truck crashes and save 19 lives. Suspending those regulations means that truckers can now work 82 hours a week instead of a maximum of 70.

U.S. Transportation Secretary, Anthony Foxx, expressed his strong opposition to suspending the rules. He wrote a letter to Congress stating his concern because the evidence “clearly shows that truck drivers are better rested and more alert after two nights of sleep than one night, and that unending 80-hour work weeks lead to driver fatigue and compromise highway safety.”

Foxx wrote about the need for the more restrictive Hours of Service laws. He noted that studies show:

These “findings” all just seem like scientific proof of common sense!

Foxx noted that the HOS rule, that was suspended, had been based on “the best science available” and was designed to protect the public while not interrupting the flow of commerce. Foxx’s opposition was ignored and the Collins amendment became law.

So, that truck driver coming toward you, weaving into your lane, may have been on the road for more than 80 hours, but still be in compliance with current federal law. The Shift Sergeant from the 1980s television program “Hill Street Blues” said it best when he cautioned, “Be careful out there!”

Our Lawyers Can Help

If you were injured in a truck accident, or someone you love was killed, contact one of our trucking accident lawyers at the Blumenshine Law Group for a free case evaluation. If you are injured so severely you cannot come to us, we can come to your home or visit you in the hospital or other health care facility.