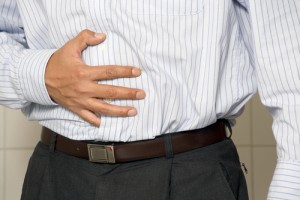 Early this February, all 1,900 Chipotle restaurants across the country were closed while employees were instructed on proper food handling techniques. The shut-down follows a year in which health officials traced two major outbreaks of E.coli poisonings to Chipotle outlets. The first outbreak sickened 55 people in 11 states, including one person in Illinois. The second outbreak infected five people in three states. Poisonings involving Salmonella in Minnesota and norovirus in Boston have also been linked to the chain.

Food poisoning, no matter what the infective culprit, generally causes nausea, vomiting, stomach pains and diarrhea. Food poisoning can be fatal. According to the Centers for Disease Control and Prevention (CDC), 3,000 people die every year from food poisoning, while some 48 million get sick. Salmonella poisoning, the most common food-borne bacteria, is responsible for 365 million dollars in annual medical costs.

The news constantly reports some type of food poisoning alert. A Kansas restaurant was recently closed after many of its patrons became sick. An Alabama restaurant was shut down when several of its diners contracted Salmonella poisoning. In October 2015, 80 people were hospitalized suffering from illnesses caused by the bacteria, Shigella, that was traced back to a Mexican seafood restaurant in San Jose, California.

Hundreds of McDonald’s diners in New York were recently informed they may have been infected with Hepatitis A, a serious liver disease, thought to possibly have been transmitted to them in their food. The chain gave free immunizations to anyone who had eaten there during a specific period of time. Folks lined up in a parking lot waiting their turn to receive the disease-preventing injection.

Food poisoning is not just linked to fast food chains and eat-in restaurants. Contaminated food often hits supermarket shelves. A Dole salad processing plant in Ohio was completely shut down.  Its prepackaged salad products, sold in Walmart and Kroger grocery stores in 23 states, was found to be contaminated with Listeria, which causes a life-threatening illness. Listeria finds it way into fresh vegetables through contaminated soil or fertilizer. It can also be found in raw meat and soft cheeses. An infectious disease specialist stated that although the bacteria live in the soil, “If they’re employing good sterilization it’s something that’s preventable.”

Fifteen people across eight states became so seriously ill from the Listeria in Dole’s salad, they had to be hospitalized. One man in Michigan died from the illness. On January 27, 2016, Dole recalled all salad products that had been processed at the Ohio plant. There is no word about whether or not Dole plans to ever reopen the Ohio processing plant.

You may think it is safe to buy our own produce, unpackaged, and wash it yourself. Generally, that is a good idea. But, even then, poisons can seep into the food flesh. Between July and September 2015, cucumbers imported from Mexico caused Salmonella outbreaks in 36 states, including Illinois. To date, a total so far of 767 people have been infected and four of them have died. Nine Illinois residents are among those who became sick.

One major problem with these cucumbers is that it has not yet been determined if the contamination is just on the skin or has seeped into the cucumber flesh. Anyone who bought seven to 10 inch cucumbers from a vegetable bin that were imported from Mexico should not eat them. Other vegetables that they may have been stored with should also be discarded because cross-contamination is possible.

Get Help from a Chicago Food Poisoning Attorney

Almost 100 percent of foodborne poisons are due to negligence somewhere in the chain of growing, processing, packaging and handling. All those involved in the process owe a duty to consumers to provide safe, uncontaminated food products. When growers and distributors fail to use proper techniques, they can be held liable for the damages that are caused by poisoning. This includes compensating those who fell ill for medical expenses, lost wages, pain and suffering and disability from normal activities.

If you believe you became ill from contaminated food, or someone you love died after suffering from food poisoning, contact our food poisoning attorneys us at the Blumenshine Law Group or call (312)-766-1000 for a free consultation.