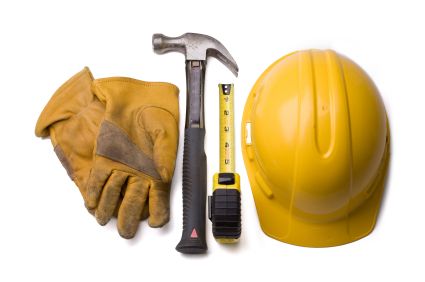 Are Stores Liable For Your Injuries?

This year, approximately 43 million people will attempt to tackle a home improvement project of some kind. According to the Home Safety Council, one in five of these ambitious folks will be injured in the process. Do-it-Yourself Projects That Lead to the Most ER Visits, Consumer Reports.

Many “big box” stores and other retailers attract people to their locations with the promise of being able to save money and enjoy the satisfaction of doing it on your own. However, store injuries to do it yourselfers can occur before a project even begins. One customer injured at such an Illinois store was Anthony Pullia. He sought compensation for his injuries. The Illinois Appellate court described the basis for the store’s liability.

Mr. Pullia set out to buy posts at a local home improvement store for a backyard fence he was building. At the store, the posts hung from racks that were attached to a wall in the self-serve section of the store. The posts Mr. Pullia wanted were just out of his reach. A store employee said he would help Mr. Pullia “in a minute”, but after 20 minutes of waiting, no employee appeared to assist. While attempting to get the posts himself, Mr. Pullia stepped up onto a lower ledge and held onto the rack’s face plate for support. Using his other hand, he removed the desired fence posts from the rack, and placed them on the floor. Mr. Pullia then turned and began to step off the rack arm when he felt his wedding ring catch on the rack face plate. He was unable to stop his downward momentum, and his finger was completely severed at the knuckle.

Businesses have a responsibility to keep their premises safe. (Illinois Compiled Status) 740 ILCS 130/2. Generally, in Illinois, the owner of the land (or store) needs to make sure the store is reasonably safe for customers. Stores and other businesses that encourage customers to put themselves at risk of serious injury without proper warnings need to adapt so that disabling injuries while shopping like Mr. Pullia’s do not happen to others.

The court ruled that the home improvement store knew (or should have known) that displaying merchandise beyond the reach of customers of ordinary height, subjects them to an unreasonable risk of harm. Displaying merchandise in such a manner encourages the self helper to step on lower shelves to reach goods on the upper shelves. Store owners who desire to stack merchandise vertically in order to increase profits should be liable for a customer's injury resulting from the practice.

Providing an accessible shelf of goods encourages self-service customers to step up to retrieve those products. Also, the store should have expected that self-service customers who want to purchase goods just beyond their reach might try to find other ways to grab items on their own, and that those customers might not realize how much danger they are subjecting themselves to. Finally, the court determined that the store failed to do enough to warn or protect customers against the danger of stepping onto the racks. A simple sign or barricade could have prevented the mishap.

The lesson is that businesses have an obligation to anticipate and warn against foreseeable dangerous conditions.

Here are some other great articles on our site.

Pain and Suffering After an Accident or Injury

What is my injury claim worth?

Supermarket Pays $6 Million Dollars to Paralyzed Shopper
Who is at Fault When an Accident Occurs on a Golf Course?
Water Park Injuries and Deaths
Chicago Slip and Fall Lawyers
Elevator and Escalator Fatalities and Injuries
Who is Responsible If You Are Injured at the Airport?