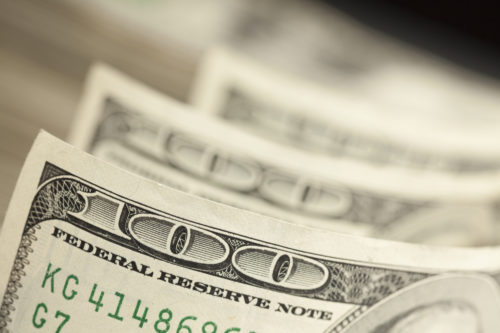 Governor J.B. Pritzker and the Illinois Department of Insurance warned insurance companies on Monday to pay their insured’s claims or face government action. The Governor also called on insurers to expedite claims handling and to treat all policyholders fairly, regardless of size. His actions follow property damage and business losses in the wake of looting and pandemic-related business closures.

Now you may think it is not new for politicians to get on their soap boxes and call out big business. This is a startling development in the Land of Lincoln however, where two of the biggest property insurance companies in the country, State Farm and Allstate, are headquartered. Many advocates for insurance claimants see Mr. Pritzker’s comments as a welcome development in a state where abusive insurance claims handling are often left unchallenged by the government and the courts.

Why do the bad faith claims handling practices of insurance companies go unchallenged in Illinois? One reason is that State Farm and Allstate together command about a third of automobile insurance policies and almost half of homeowner policies written in Illinois. The companies also take in nearly $5 billion in premiums annually in Illinois. Not surprisingly, insurance companies in Illinois are often able to avoid government scrutiny due to their outsized business presence in the state. No news flash here either, the political influence that can be wielded by moneyed interests in Illinois is considerable.

In one well-publicized case, State Farm is accused of directly and indirectly giving almost $4 million to get an insurance-friendly judge elected to the Illinois Supreme Court, just as that Court took up a huge case against State Farm.

This whole debacle began back in 1997 when a class-action lawsuit was filed against State Farm, alleging that the company was ripping off auto policyholders by repairing damaged cars with cheap, low quality parts. The court awarded the class of plaintiffs $456 million as compensation for their losses and $600 million as punitive damages for State Farm’s bad behavior.

After a jury of twelve citizens decided in favor of State Farm’s customers, State Farm reportedly threw their weight behind the election campaign of a candidate to the Illinois Supreme Court, which was due to decide State Farm’s appeal of the $1.1 billion judgment. A later investigation by a retired FBI Special Agent alleged that State Farm helped elect the candidate by funding his campaign to the tune of $4 million and then covering up the funding to avoid the appearance of a conflict.

It came as no surprise to many when the Illinois Supreme Court decided to throw out the entire $1.1 billion award, with the State Farm-backed judge voting to let State Farm off the hook. A later lawsuit filed in federal court against State Farm alleged that the company had conspired to deprive the class of plaintiffs of their $1.1 billion award by funding the State Farm-backed candidate’s election campaign. That case recently settled in favor of the plaintiffs for $250 million.

In personal injury claims, it seems that big insurance companies are taking advantage of the pandemic-induced court closures by not handling claims or attempting to settle claims for much less than they are worth. One inside source described an email that a prominent insurance company sent to its defense lawyers. That email instructed the defense lawyers to settle cases for 30 to 40 percent less than their full value because plaintiffs are more likely to be in need of money right away due to the pandemic.

This shameful tactic comes at a time when insurance companies have set record profits, as the companies’ risk of loss is much lower due to fewer drivers on the road and fewer accidents happening.

A complaint against an insurer in Illinois can be filed online with the Department of Insurance here.

Get Insurance Claim Help From Our Attorneys

Our Chicago personal injury attorneys at the Blumenshine Law Group have experience in dealing with insurance companies that wrongfully deny coverage exists or try to settle claims for less than their full worth. When it comes to holding insurance companies accountable, our winning track record and proven litigation strategy ensures our clients get their just compensation, no matter how many delays or denials the insurance company throws at us. If you have been injured, call us today at (312) 766-1000, text us at (312) 719-2010, email us at info@blg-legal.com or contact us online to schedule a free case evaluation with one of our attorneys.