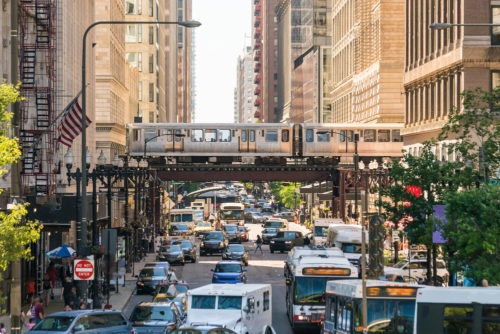 People often must travel for work. Traveling can place additional stress on workers, and in some cases, traveling is becoming increasingly more dangerous. A recent report published by the Center for Justice & Democracy at New York Law School titled Planes, Trains and Automobiles - and Other Transportation Hazards examined the number of accidents that occur in various modes of travel. These included planes, trains, automobile and truck incidents.

The legal rights of workers injured while traveling are often reduced or eliminated by state or federal claim limits and restrictions such as forced arbitration. The report looked at the legal actions that injured commuters can take, and how their legal rights are often limited or removed.

In 1996, the Clinton administration organized an aviation safety and security commission to analyze aircraft travel and reduce the number of accidents. When an airliner is in a crash, the chances are good that it will be fatal for most, if not all, people onboard. The commission studied the major risks associated with airliners and made several recommendations to lower the hazards.

10 years after the recommendations were implemented, aviation accidents dropped by an overwhelming 65%. Currently, unfortunately, there has been an increase in aviation incidents. In 2011, the Federal Aviation Administration (FAA) reported that there were 130 near-accidents a day that were publicly reported. The actual number of incidents, including those not publicly reported, is estimated to be approximately five times that number.

Typically, commuters injured on an aircraft have the same rights as anyone else hurt in a personal injury incident. Certain restrictions may limit those rights, though. For example, when an aircraft carries fewer than 20 passengers, the federal General Aviation Revitalization Act gives manufacturers immunity from deaths and injuries when the aircraft is older than 18 years. When commuters are traveling by air for work, they often use smaller private aircraft that may be older than 18 years, and that carry fewer than 20 passengers.

In 2018, a total of 841 people were killed by train collision, according to the National Safety Council. The majority of these involved people walking on the tracks, but accidents involving collisions between trains and motor vehicles kill more than 250 people every year, according to the report.

Like airplanes, trains are considered “common carriers” and as such, operators and owners have an extremely high responsibility and care to their passengers. However, the biggest obstacle for people injured on a train is that there is a federal compensation cap of $295 million per incident. This means that if hundreds of people are killed in a train accident, that compensation must be divided between each victim even though they likely suffer from extremely serious injuries.

More than 16 million people were killed in roadway accidents in 2018, making this mode of transportation by far the most dangerous way of getting to work. Although this is a 2.4% decrease from the year before, there were also 36,560 people killed in pedestrian and bicycle accidents.

Traffic crashes compromise the majority of personal injury claims. However, victims do not always receive the compensation to which they are entitled. Many states impose caps on the damages victims can recover, and some states even require forced arbitration. This can make it extremely difficult for accident victims to get the compensation they need to recover from their injuries, even though these accidents involve the most common mode of transportation for getting to work.

Injured in an Accident? Our Transportation Accident Attorneys will Protect Your Rights

As the number of commuter accidents continues to increase, it is an unfortunate reality that the rights of injured individuals are often restricted. If you have been injured in an accident, it is crucial that you understand your rights, and that you speak to a Chicago personal injury attorney that can advise you of your rights.

At the Blumenshine Law Group, we know how to stand up to the big companies that own and operate public and private modes of transportation. We can help ensure your rights are protected, and help you secure the fair compensation you need. When you are hurt, call us at (312) 766-1000, text us at (312) 719-2010, email us at info@blg-legal.com or contact us online for your free case evaluation and learn more about how we can help you.

Liability For Injuries Caused by Uber and Lyft Drivers