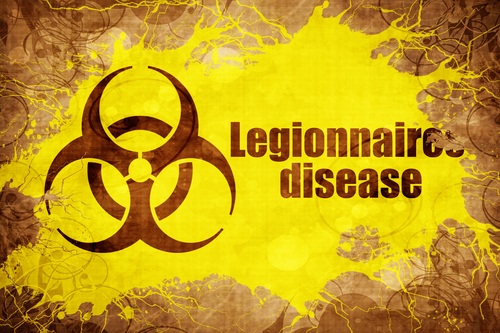 Despite its slogan, there were a few days in September 2017 when Disneyland was not the happiest place on earth. Out of 12 people in Anaheim, California, who contracted Legionnaires’ disease, nine were connected to Disneyland. Eight of them had visited the amusement park that month and one was a Disneyland park employee. The remaining three either lived in Anaheim or frequently traveled through the city.

Ten out of the 12 who became ill had to be hospitalized and one person died. It was reported that the deceased had other health problems and had not visited Disneyland. The victims ranged from 52 to 94 years of age.

According to a news report of the outbreak, the U.S. Centers for Disease Control and Prevention (CDC) informed Orange County California about the number of Legionnaire’s disease cases from September. County epidemiologists then discovered that a “cluster” of those who contracted the disease had visited Disneyland.

On October 27, 2017, Disneyland learned of its possible connection to the outbreak of the disease. According to the chief medical officer for Walt Disney Parks and Resorts, it then “conducted a review and learned that two cooling towers had elevated levels of Legionella bacteria. These towers were treated with chemicals that destroy the bacteria” and were shut down.

As it turns out, a routine test conducted on the towers in early October, before Disneyland even knew about the outbreak or its connection to it, revealed elevated levels of Legionella and the towers had been shut down and disinfected. After being notified of the connection, the towers were again taken out of service until the Orange County Health Care Agency verified the towers were free from the offending bacteria.

In 1976, a group of people attending a convention of the American Legion got sick with pneumonia. The bacteria that caused the disease was named Legionella after the convention goers. Thus, Legionnaires’ disease, also called Pontiac fever, was born.

According to the CDC, approximately 6,000 cases of Legionnaires’ disease are reported every year. It is suspected that the disease is under-diagnosed so this number does not reflect the full incidence of the disease. The disease can be treated with antibiotics, but most of those who get the disease require hospitalization. Approximately 10 percent of those who are infected die.

A person contracts the disease by breathing in small droplets of contaminated air from human-made water systems such as hot tubs and decorative fountains. Also, as in the recent Anaheim outbreak, cooling towers that emit water vapor into the air are also a source of Legionella bacteria.The bacteria occur naturally in fresh water environments like lakes and streams where it does not cause disease. It is generally not transferred from person to person, an event that happens only in extremely rare instances. The CDC says that “Keeping Legionella out of water systems in buildings is key to preventing infection.”

One sad aspect of any illness or death from Legionnaires’ disease is that the existence of the bacteria in the water supply is due to human error. According to federal officials, almost all incidences of the disease “might have been prevented with the proper use of disinfectant, the right water temperature and other measures.”

Disneyland in Anaheim, California, is not the only public place that has been visited by the airborne bacteria Legionella.

Because Legionnaires’ causing bacteria can be identified and eliminated by safe maintenance and inspection procedures, business owners are responsible if their processes failed to use safe processes. Under the law, a person injured or fatally stricken with the disease can recover for the losses they suffer.

If you became ill, or someone you love got sick and died, and you are concerned the source of the illness was contaminated water or air in a place you were visiting, our legionnaires’ attorneys at the Blumenshine Law Group may be able to assist you. You may be able to collect for your medical expenses, lost wages due to your illness, and other damages including pain and disability. Contact us for a free consultation at (312)-766-1000 or sblumenshine@blg-legal.com.