Liability For Injuries Caused by Uber and Lyft Drivers 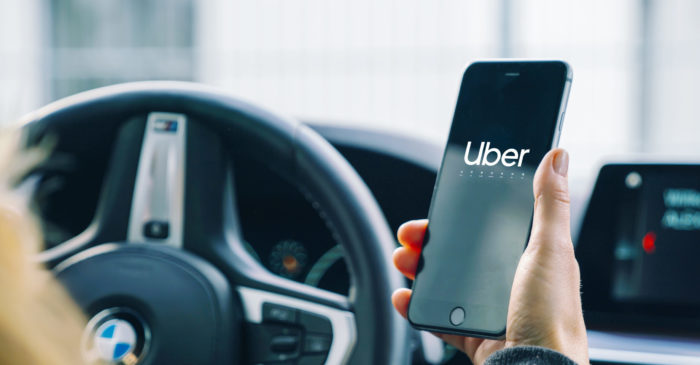 Ridesharing is growing due to its benefits. Uber often provides quicker pick up and cheaper service than regular taxis. Uber's requirements for its drivers and cars mean you will ride in a newer, well-equipped and clean car knowing that the driver has passed a background, driving and security check.  What could be wrong?  Insurance companies failing to accept responsibility for collisions looks to be the issue.

Uber’s website states that it provides “end-to-end insurance coverage.” However, there seems to be some question about who is responsible when an Uber driver causes a collision prior to passenger pick up. Ridesharing companies and their insurers are currently involved in a number of disputes across the country. While the insurance companies squabble amongst themselves, the injured party is left holding the bag.

How Illinois courts resolve these responsibility issues will determine whether you can collect damages for injuries suffered in an accident with an Uber or Lyft driver, whose insurance company is responsible, and most importantly, how much insurance is available.

Debate over Whose Insurance Provides Coverage for Rideshare Injuries

The rideshare industry and insurance company strategies are in a state of flux. And, with the passage of laws and issuance of court decisions, the insurance and liability rules are changing. As an injured passenger, biker or pedestrian you just need some insurance company to step up. You do not want to be caught in the middle of a spat between driver and company, or between two insurance companies. A great lawyer can help you with that.

Whether the injuries you sustained in an accident are covered by Uber, Lyft or the private driver with whom you connected, can depend on what stage the driver was at in the process of providing you or someone else a ride.

(“Trolling”): Drivers have their phone app open, have logged on to the network indicating they are available to accept a ride, but currently have not accepted a call to provide transportation. Until recently, Uber claimed it was not liable for any accident that occurred when a driver was available but had not received a call.

A San Francisco Uber driver struck and killed a six-year old girl while the driver was logged on to the Uber app, but was between fares. After nearly two years of litigation, with Uber denying liability, Uber finally agreed to settle the case. The company issued a statement saying that it now expanded its insurance to “cover accidents that occur while drivers are not providing transportation service for hire but are logged onto the Uber network and available to accept a ride.”

(Heading to Pick Up Passenger): Drivers have accepted a match and are on their way to pick up the rider.

(Driving a Passenger): Passengers are in the Uber driver’s car on the way to their destination.

No matter what stage drivers are in, there is generally no coverage under the driver’s private insurance policy unless they purchased a supplemental commercial policy. If the driver is heading to pick up a passenger or is transporting a passenger, the rideshare company insurance should be primarily responsible.

Debate over whether Drivers are Employees or Independent Contractors

The answer to this question may not matter if the ridesharing company insurance covers the accident. Some laws now require drivers to have their own personal insurance policy of $50,000 to $100,000 with the rideshare company policy carrying the next layer of insurance coverage up to $1,000,000.

Employers are generally liable for injuries caused by the negligence of their employees. Employees are legal agents of their employers. Uber claims its drivers are independent contractors, not employees. This distinction would mean that Uber is not responsible for damages even if your injuries are caused by a negligent Uber driver.

Uber drivers have filed a lawsuit in federal court arguing that they are not independent contractors but employees. Just last month, the judge granted the drivers class action status. The outcome of the litigation will affect not only the Uber drivers, but possibly anyone who was injured due the negligence of rideshare driver. If drivers are found to be employees, rideshare companies can be sued for the negligence of their drivers.

Our Chicago Uber and Lyft Accident Attorneys Can Help

If you were injured in an Uber or Lyft vehicle accident, you need the assistance of experienced rideshare injury attorneys who also know how insurance litigation works. Please contact us at the Blumenshine Law Group or call (312)766-1000. We offer a free consultation so you can tell us about your claim and we can determine how best to help you.