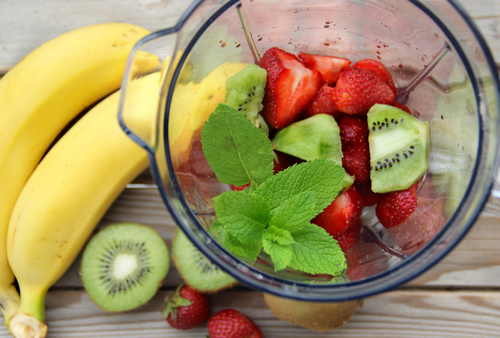 Many users of a high-speed blender called the NutriBullet received something unexpected when using the blender – serious injuries. Sheryl Utal said she used her NutriBullet daily for years to make smoothies – until one morning it exploded after about 20 seconds, causing second-degree burns. “It just came flying out all over me, all over the kitchen, the ceilings, the walls,” Utal said. The burns left her arms “on fire.” So far, 22 people have filed personal injury lawsuits seeking damages for their injuries from the manufacturer of the blender.

The legal allegations are that a manufacturing defect of the blender causes pressure to build up inside the blender as the canister spins. Heat and pressure are created which can cause the canister to blow up. When it does, users can be injured.

Consumers injured by the blender have suffered second degree burns on their arms and chests. One victim says her face was badly burned. Others have suffered severe cuts from the blades when the explosion happened just as they were reaching for the canister.

One explosion left a man with a severely damaged eyeball in addition to severe facial burns. When the blender exploded, warm, sticky “goo” flew into one eye and he required months of treatment.

Another man said he had used the same device for more than 20 years when, one morning when he went to grab the blender after it had been running only for about 20 seconds, it exploded and his hand went right into the blades. He explains that “the two blades basically chopped into my palm…It hit a branch of my ulnar nerve.” He suffered permanent nerve damage and has no feeling in one finger.

When contacted for a statement, the manufacturer, Homeland Housewares, seemed surprised that its blender was causing injuries. A spokesperson initially stated the company would “investigate the claims thoroughly and analyze the blenders in question to determine exactly what happened. Whatever the circumstances surrounding these accidents, we wish prompt and complete recoveries to those involved.”

There are three types of product defects that may give rise to legal action:

A design defect requires expert testimony that the manner in which the product was designed in a way that made the device unreasonably dangerous. A marketing defect is where the manufacturer or distributed failed to provide proper warnings about the use and safety of the product.

At issue in the NutriBlender case is a manufacturing defect which is defined as “a defect in a product that was not intended.” This kind of defect occurs when a product departs from its intended design and is more dangerous than consumers expect the product to be. It is essentially a mistake in the manufacturing of the device.

One example of a manufacturing defect is a chair that collapses when someone sits on it. It was designed to be stable, but in the manufacturing process, one leg was incorrectly bolted on to the seat, causing it to collapse when used as designed. Another example is if an item leaves the factory without all of its intended parts. Even though the defect was unintended, the manufacturer is still liable for harm caused by its defective product.

Plaintiffs do not need to prove the manufacturer was negligent. They only must prove the product had a defect and it was that defect that caused the injury. It may sound simple, but manufacturers usually respond defensively and aggressively by saying the product did not have a manufacturing defect. Indeed, manufacturers and their insurance companies and lawyers typically blame the injured person, alleging the person must have been injured while improperly using the product.

This is exactly the approach being used by NutriBlender. Although it initially claimed it would “thoroughly investigate” and hoped those injured would have a prompt recovery, it did not take the company very long to turn around and blame the users for their own injuries.

The company issued a statement that users should have no problems with the devices if they used them “in accordance with the directions provided in the instruction manual, which is nine pages long.” Attorneys for victims note that the NutriBlender did not always come with the nine-page instruction manual, and none of the victims so far had any warnings the device might overheat and blow up.

If you were burned or cut when a device, whether the NutriBlender or a similar product, one of our product liability attorneys at the Blumenshine Law Group can help. Contact us for a free consultation.