May is Motorcycle Safety Month: Stay Safe Out There
0

May is Motorcycle Safety Month: Stay Safe Out There 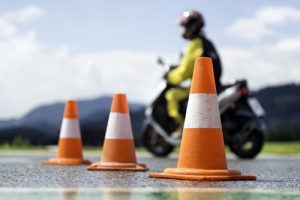 Recently, in Quincy, Illinois, a motorcyclist was carefully driving down the road. He was struck by a motorist who turned left in front of him. The car driver claimed to not have seen the motorcyclist. Sadly, the cyclist died a short time later in the emergency room of a local hospital. The car driver was cited for a failure to yield.

A few months ago, a motorcyclist ran a red light and plowed into a group of pedestrians who were crossing the street. A 25-year-old young woman who was in the crosswalk was dead on arrival at a local hospital. Several other pedestrians were injured, including one man who was hospitalized in serious condition. The motorcyclist, who was also injured, received a number of citations, including the failure to yield to pedestrians.

In another tragic accident, a motorcyclist survived his collision with a deer. A motorist, who also hit the deer, reported that the motorcyclist survived and was walking along the edge of the highway when he was struck by a semi-truck. The truck driver did not stop, but continued driving. The accident was classified as a hit-and-run. The motorcyclist was transported to a local hospital where he later died of his injuries.

In Illinois in 2014, 2,693 motorcyclists were injured in Illinois accidents and 118 were killed. Nearly 1,000 of those injured could not walk away from the accident and had to be transported to a hospital for treatment. Accidents happen. People make mistakes, but some safety precautions may make a difference in whether someone goes home at the end of an excursion or ends up in the hospital or, in a worst case scenario, the morgue.

Although Illinois is one of three states that does not require motorcyclists to wear helmets, in its effort to reduce fatalities and injuries in motorcycle accidents, it is also one of only two states that offers free motorcycle classes to licensed Illinois residents. Since 1976, the year the program was implemented, more than 400,000 riders have participated in the program. Illinois and the National Highway Traffic Safety Administration (NHTSA) both focus on motorcycle safety awareness during the month of May.

In order to increase the safety awareness of motorists, motorcycle riders and pedestrians, the NHTSA has designated May as Motorcycle Safety Awareness Month. The Illinois State Police have also posted a number of motorcycle safety tips on their website. As the weather warms up and summer arrives, more and more pedestrians and motorcyclists will be outside enjoying themselves. Along with National Motorcycle Safety Awareness Month, the State of Illinois Department of Transportation sponsors an annual campaign to urge riders to take certain safety precautions.

Illinois sponsors an annual Gear Up-Ride Smart Month. Recognizing that the summer months and warm weather puts motorcycle riders on the road, as part of this program, Illinois makes a number of safety suggestions:

For a free consultation with an attorney about your motorcycle or other transportation accident, contact the Blumenshine Law Group.