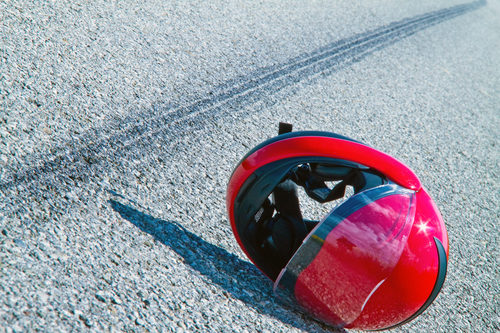 In the U.S. in 2013, the most recent year for which there are statistics, 4,688 motorcyclists were killed and nearly 90,000 injured. In Illinois, there were 136 fatal accidents. The most common cause of fatal motorcycle accidents occurs when a vehicle turning left does not notice the motorcycle. The vehicle either hits the motorcyclist, or the motorcyclist rams into the side of the vehicle.

Unfortunately, the Chicago area has plenty examples of fatalities and injuries. Just last summer in Aurora, a young 22-year-old motorcyclist was killed when a semi-truck turned left in front of him. The motorcyclist ran into the side of the truck and was killed instantly due to massive head injuries. In another similar incident, a Des Plaines man was critically injured when he ran into a minivan that was turning left in front of him.

Thousands of motorcyclists who survive accidents with vehicles are injured so severely their lives will never again be the same. Some of the most common types of injuries include:

If you were a motorcyclist, or passenger and were injured in an accident with another vehicle, holding the driver accountable for your injury involves the same process as in any injury case. You must prove that it was the driver’s breach of his or her duty to drive safely which was the cause of the accident and your resultant injury. A motorcycle injury attorney skilled in dealing with transportation accidents will know how to gather the necessary evidence needed in order to support your claim.

Damages to Which You May Be Entitled

Following a serious accident with life-changing results that often occur in motorcycle accidents, you may feel overwhelmed as medical costs skyrocket at the same time you are losing wages due to your inability to work. This is the time you need to turn your case over to an attorney who can concentrate on obtaining compensation for you for your injuries while you concentrate on getting better. Some damages to which you may be legally entitled include:

If you were injured in an accident, or someone you love was killed, you would benefit by talking to a Chicago motorcycle accident lawyer before agreeing to a settlement with an insurance provider. Contact us at the Blumenshine Law Group, you pay nothing unless we achieve a favorable settlement in your case. (312)766-1000 or text us at (312)719-2010.

May is Motorcycle Safety Month: Stay Safe Out There
5 Things New Motorcycle Riders Need to Know