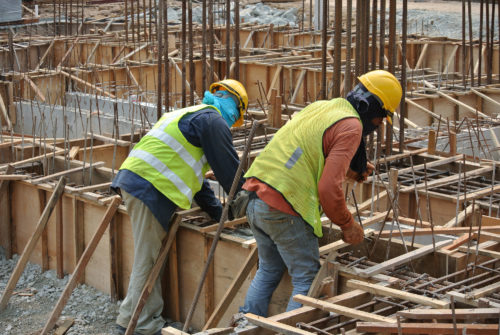 The number of workers who suffer from fatal injuries continues to rise. Each year the U.S. Bureau of Labor Statistics releases a report analyzing the number of work fatalities. The report includes a breakdown of the data, including which occupations suffer the most fatalities. In 2018, there were a total of 5,250 workers killed on the job, which was a 2% increase from 2017.

What Are the Most  Common Types of Fatal Accidents in the Workplace?

According to the study, transportation collisions once again made up the overwhelming majority of fatal workplace events. It was the third year in a row these accidents nearly quadrupled the number of the next leading cause of fatalities, which were slips, trips, and falls. The 2,080 fatal vehicle accidents in 2018, made up 40% of all workplace fatalities.

Although fatalities due to falls, slips, and trips declined in 2018 from the year before, they were still the second-leading cause of workplace deaths. The total number of fatal fall down injuries declined to 791, an 11% drop from 887 in 2017. Unintentional overdoses due to non-medical use of drugs or alcohol increased 12% from 272 to 305.

Fatalities due to violence and other injuries caused by people or animals increased 3% in 2018.

Fatal contact with objects and equipment is always a concern in workplaces, particularly in warehouses and on construction sites. In 2018, these events increased 13%, up to 786 from 695 the year before. The main reason for this increase was due to a 39% increase in employees becoming caught in machinery that is running, and a 17% increase in workers who have been hit by objects or equipment that fell from above.

Which Occupations have the most Fatalities?

Perhaps not surprisingly, workers who are required to drive to perform their job have the highest fatality rate. In 2018, a total of 966 people died while driving on the job. Of all these workers, 831 operated commercial trucks.

Roofers, airplane pilots, loggers, fishing workers, and flight engineers had fatality rates over 10 times higher than those of other full-time equivalent workers. There was also an increase in fatalities among police and sheriff’s patrol officers, which reached 108 in 2018, a 14% increase from the year before.

The taxi industry saw a decline in the number of workplace fatalities, with the number of taxi driver and chauffeur deaths dropping to 47. This was a drop of 24% from the year before, and the lowest total among this group since 2003, the first year data for this industry was available.

The National Census of Fatal Occupational Injuries started tracking fatalities among independent workers in 2016. These workers include those that work on contract, freelancers, and workers who perform single tasks. The number of fatalities among these workers increased in 2018 to 621, which was eight more deaths in this industry than the year before. These deaths made up 12% of all fatal workplace accidents in 2018. Among this group, 91 independent workers drove commercial trucks, while first-line extraction workers and construction supervisors made up 61 deaths, and 48 were independent construction workers.

In 2018 there was a 16% increase in workplace fatalities among non-Hispanic and African American workers. This was the highest increase of on the job fatalities among this group since 1999. There was also a 6% increase of deaths among Hispanic and Latino workers in 2018 from the year before. The number of deaths among workers aged 65 or older is dropping. However, this group is still injured more than double the rate of other workers.

Did a family member or loved one suffer a fatal workplace injury? Contact our Personal Injury Lawyers.

Legal claims for fatal injuries incurred while at work are usually complicated. Although some of these injuries qualify for workers’ compensation, other times injured workers may be able to file a “third party” personal injury liability claim. Sometimes the family can file both workers compensation case and a third-party personal injury claim.

If a family member or loved one was fatally injured at work, call our Chicago workplace fatality attorneys at the Blumenshine Law Group. We can help you determine the type of claim you need to file, and then guide you through every step of the process. Call us today at (312) 766-1000, text us at (312) 719-2010, email us at info@blg-legal.com or contact us online through our website to schedule your free case evaluation.