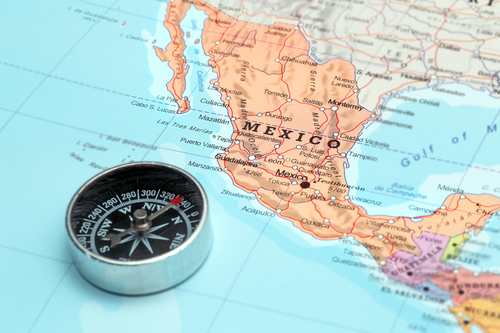 Can you receive financial compensation for an injury or death of a loved one that occurs in Mexico?

When tourists travel into or U.S. citizens settle in Mexico, the potential legal remedies differ. The procedure is different and the amount recovered is typically less in the Mexican legal system.

America’s legal system provides people access to courts in the event of a negligently caused injury or death. The U.S. Constitution and most state constitutions provide a constitutional right to file a lawsuit and a trial by jury. Access to the civil courts allows people to pursue “justice” in the form of monetary recovery.  Although a settlement or judgment is not guaranteed, the right to pursue justice is guaranteed.

However, in the case of an injury or death in Mexico, you may have a remedy in the U.S. justice system if the negligent party has U.S. contacts or is a corporation based in the U.S.

MEXICAN LAW IN TEXAS COURTS: For an estimated 12 million U.S. citizens traveling to Mexico, if one in 10,000 suffers a tort, approximately 1,200 claims may be made in the United States.

If personal injury or death of a loved one occurs during a stay in Mexico, tourist and expat attorneys at the Blumenshine Law Group can aggressively work for you to obtain fair compensation. There is no fee unless we recover, for serious injury or death cases while vacationing, working or living in Mexico.

Under American law, injury claim rights arise when another party fails in their “duty of care” to others and an injury or death results. Vehicle collisions, injuries sustained due to faulty goods or services, a trip or fall, psychological illness suffered as a result of abuse, and an injury caused by errors in hospital treatments or nursing home stays may provide a basis for a legal claim. In some instances, physical or psychological injuries sustained during the course of a crime may give rise to a personal injury incidents. Even a psychological illness caused by harassment or discrimination in the workplace could be grounds for litigation.

Mexico’s legal system operates differently, especially when “tort” claims arise. Under Mexico’s lex loci delicti  (translates to: ‘law of the place where the tort occurred’) principle, those injured or killed due to the willful negligence of another are compensated based on a formula the judge uses. The maximum monetary award varies from state to state, with some judges awarding far less than necessary to cover medical bills.

A severe injury typically means pain, mental anguish, loss of wages, loss of mobility and – in certain unfortunate situations – loss of life. The Blumenshine Law Group can pursue, either in US courts if an option, or with Mexican co-counsel all available legal means against those Mexican individuals or companies that caused or contributed to circumstances that resulted in an injury or death.

What You Should Do When Seriously Injured in Mexico

If you are injured, document the incident in all ways you can imagine - take pictures, make video, take notes, get witness identities and contact information, and seek to obtain reports from authorities such as the State or Federal Police or even the US Consulate. If you are offered bribes or threatened in any manner, document that as well.

Get prompt medical attention at a hospital or clinic. Many reputable medical service providers exist in Mexico.

It is highly advisable that expatriates and tourists driving into Mexico for work or vacation purchase Mexico car insurance specific to Mexico, albeit a short-term policy. Expats who purchase a car in Mexico, absolutely must get Mexican car insurance. Some insurance policies underwritten in America will not cover foreign incidents beyond 50 miles from the U.S. border. You should check with your insurance policy and agent  provider to confirm territorial limitation terms.

What You Should Avoid if Injured

Mexico’s culture still retains some elements of the ‘pay to turn the other way’ model of justice, which means those who are injured are often bribed to forego civil suits. Additionally, civil laws are often not favorable to citizens, let alone tourists and expats.

To prevent unwarranted confrontation after your personal injury, avoid:

The Blumenshine Law Group has a history of litigating cases in which justice was served from thousands of miles away.

People who are seriously injured while visiting, working or living in Mexico often find that suing individual Mexican citizens is difficult and not a gainful proposition. If suits are won by American tourists or expats, cases that are worth significant value in American courts could amount to mere thousands after adjudication in Mexico court.

The Blumenshine Law Group offers an exceptional level of representation to those injured during vacation or living in Mexico. If hiring an Mexican injury attorney in the Mexican state you were injured does not seem feasible, or you fear they may not be experienced, we will work with you under U.S. law or with co-counsel Mexican lawyers.

If the wrongdoer is a U.S. corporation or does significant business in Illinois, we may be able to file suit in Illinois. If the wrongdoer has solely Mexican contacts, we have relationships with Mexican attorneys who have a substantial presence and experience in the Mexican court system. Contact us today. (312)766-1000