Punitive Damages and Why We Need Them | Blumenshine Law Group
0

What are Punitive Damages and Why do We Need Them? 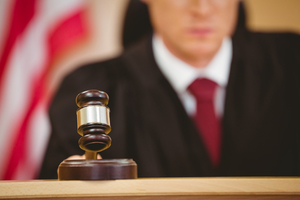 Punitive damages are needed in our society to punish and discourage dangerous conduct that endangers us. Extremely hazardous and outrageously reckless behavior can lead to severe injury and death. Illinois (and US) civil law provides a means to prevent others from acting in a way that puts people at unnecessary risk of harm. The Illinois jury instruction is that jurors can award punitive damages where “justice and the public good require it.”

What is the Purpose of Punitive Damages?

Punitive damages are intended to punish and deter reckless and intentional conduct. It is not compensation, rather it is a penalty that a wrongdoer must pay. Damages are not based on the injured party’s economic or noneconomic losses. They are assessed to punish, reform, or deter the wrongdoer and similar persons from the type of behavior that caused the damage to the injured person in the first place. These damages are awarded in special circumstances in which the conduct of the wrongdoer is so reckless that it is considered to be done with malice or intent to harm the injured person.

This is the instruction to jurors where the evidence supports a punitive damages award: “The law permits you under certain circumstances to award punitive damages. If you find that [Defendant’s] conduct was [fraudulent] [intentional] [willful and wanton] and proximately caused [injury] [damage] to the plaintiff, and if you believe that justice and the public good require it, you may award an amount of money which will punish [Defendant’s] and discourage [them] and others from similar conduct.” Illinois Jury Instruction 35.01

How to Prove a Punitive Damages Claim

Illinois law states: “To recover punitive damages a plaintiff must show by clear and convincing evidence that the defendant’s conduct was with evil motive or with a reckless and outrageous indifference to a highly unreasonable risk of harm and with a conscious indifference to the rights and safety of others. ‘Clear and convincing evidence’ means that measure or degree of proof that will produce in the mind of the trier of fact a high degree of certainty as to the truth of the allegations sought to be established. This evidence requires a greater degree of persuasion than is necessary to meet the preponderance of the evidence standard.”

The evidence must demonstrate outrageous conduct on the part of the defendant “similar to that usually found in crime.” Loitz v. Remington Arms, Inc., 138 Ill. 2d 404 (1990).

How are Punitive Damages Awarded in a Personal Injury Case?

Illinois law says:  “The amount of damages that may be awarded for a claim in any civil action subject to this Section shall not exceed 3 times the amount awarded to the claimant for the economic damages on which such claim is based”

“The amount of damages must be reasonable [and in proportion to the actual and potential harm suffered by the plaintiff.]” Illinois Jury Instruction 35.01

To illustrate how damages are awarded in a personal injury case, consider the example of a head-on collision between a limousine carrying passengers and a pickup truck. There are catastrophic injuries to the passengers of the limousine and the death of one driver.

The prescription drug decreased the commercial driver’s ability to operate the limousine. Drugged-driving tends to slow down reaction time, impairing the driver’s concentration and attention, and reducing hand-eye coordination.

This type of accident, with the resulting catastrophic injuries to the other driver and passengers, triggers the imposition of punitive damages. Remember, punitive damages are enhanced monetary damages meant to punish the reckless driver because his behavior was foreseeable and so outrageous. Damages also aim to deter similar occurrences from happening by warning other commercial drivers that drugged-driving is not permissible.

Can I Sue for Punitive Damages?

An injured person is only able to recover damages from injuries to self or property by suing the wrongdoer in court. Compensatory damages and punitive damages are recoverable in personal injury cases when the injured party proves that the wrongdoer’s conduct caused his or her injuries and the wrongdoer’s misconduct was intentional or grossly negligent.

Although you may be entitled to punitive damages based on the facts of the case, the other party’s insurance policy may exclude punitive damages. Insurance policies very often will have language that specifically prohibit payment of punitive damages. So, on a technical level you may be able to prove your right to damages, actually recovering the damages may be a practical impossibility. This is an important factor to consider when assessing your case with your attorney.

Our Chicago insurance lawyers aggressively challenge insurance companies that try to be ambiguous about whether they cover punitive damages. Generally, damages are only awarded if there is proof of intentional bad acts. We go to trial, when necessary, to obtain the maximum recovery for your losses. To schedule a free confidential consultation with our Chicago lawyers, call (312) 766-1000 or request an appointment online today.

“Keys to the Courthouse Doors” – Contingency Fees Provide People Access to Justice
What Is The Trial Process and How Does It Work For You?
Is Your Attorney an Ambulance Chaser?
Alternative Dispute Resolution Process – Mediation and Arbitration
In Praise of Consumer Protection Laws and Class Actions