Can you sue a robot?  Legal Issues and Uber Pedestrian Fatality 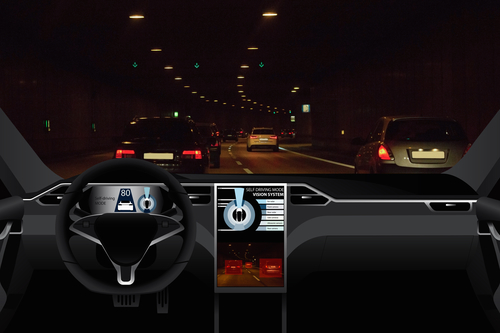 It was a late Sunday night in March, in Tempe, AZ, when a 49-year-old woman crossing a busy street was hit and killed by a car. The involved car was traveling the speed limit, and the woman, who was pushing her bicycle across the street, was not in a crosswalk. She was wearing dark-colored clothes. Officers that arrived at the scene reported it appeared to be an “unavoidable accident.”

However, It quickly became clear that this was no ordinary vehicle – pedestrian collision. The involved car was a self driving Uber vehicle with a backup safety driver in the car.  Testing revealed that the vehicle did not slow or swerve before the collision. And, the human back up driver at the time was being warned to take the car off auto drive just before the collision

There have been other accidents involving a self driving car, but this was the first fatality. In response, Uber halted testing in all states of its autonomous vehicles. The National Transportation Safety Board (NTSB) has opened an investigation.

The accident leading to the tragic death of the pedestrian has called attention to several legal issues relevant to determining fault in a crash with a self driving vehicle. If this had been an ordinary vehicle, would a driver have been negligent in failing to avoid this crash? Or, because there was no driver, is it a case of negligent product design? Was it an unavoidable accident and therefore no legal liability on any party? What are the future legal implications for injury accidents involving self driving vehicles?

Negligence law requires drivers to exercise due care and avoid hitting pedestrians even if a pedestrian is not crossing the street in a crosswalk or if the crosswalk is unmarked. In the typical auto crash causing injuries, accidents, whether a driver would be liable for negligence would depend on the circumstances, which according to the original police report were:

One conclusion is that it may have been too late for any human driver to avoid hitting the pedestrian.

The issue of fault becomes clouded when considered in light of how a live driver may have avoided the accident. Additional facts that support this view include:

Another conclusion could be that a driver may have been able to react in a manner either to avoid or minimize the collision by slowing or swerving.

Even if a human driver could not have avoided the accident, there still could be liability on the part of the company for negligent product design. The Uber self driving vehicle had cameras. It had radar and lidor sensors which are supposed to notice obstructions in its path – even in the dark. Also, there was nothing that obstructed the view the sensors had of the pedestrian.

An engineer writing for Forbes, a senior analyst covering advanced driving technologies, viewed the video of the accident, but did not review the Uber logs. He concluded that “this pretty clearly looks like a case where any automated system should have outperformed a human.”

Approximately 10 days after the accident, and before any lawsuit was filed, Uber settled its liability exposure with the pedestrian’s husband and daughter for a yet an undisclosed amount. The NTSB is still investigating.

If you were injured as a pedestrian, or someone you love was killed, no matter whether a driven or a driverless car was involved, contact us at the Blumenshine Law Group or call (312)766-1000 for a free consultation. We are glad to listen and provide our input.