Sepsis – Life-threat that can start with a minor infection 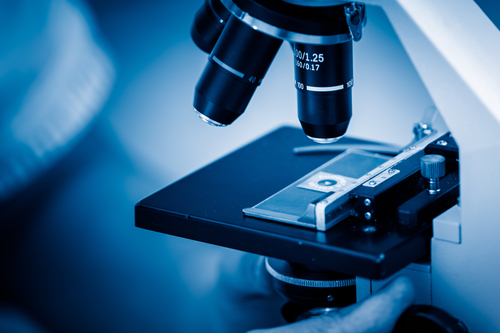 Sepsis is a life-threatening condition that can start with a simple minor infection. The bacteria causing that infection start a chain reaction of infection, with the bacteria winding its way throughout the body, and infecting all the organs. Without prompt and proper medical treatment, organs and tissues are damaged and ultimately, organ failure leads to death. The condition affects more than 1.5 million people in the U.S. every year and at least 250,000 are fatally inflicted.

Although many sepsis infections have their start outside a hospital setting, according to the Disease Control and Prevention (CDC) “on any given day, about one in 25 hospital patients has at least one health-care associated infection.”

The CDC defines a health-care associated infection (HAI) as “infections patients can get while receiving medical treatment in a healthcare facility.” The infections are a major threat to the life of a patient, yet are “often preventable.” If the infection was “preventable,” it most likely was caused by the negligence of hospital personnel. This is particularly true since a health associated infection is not likely the reason the patient was admitted to the hospital.

Sepsis is an HAI

One of the most common causes of sepsis is the Staphylococcus aureus, better known as simply “staph.” Although about 30 percent of all people carry staph in their nose, for those that do not normally carry staph, a staph infection can be deadly. The mortality rate for HAI sepsis, which is caused by staph, is as high as 40 percent, particularly for those who were treated in emergency departments or intensive care units.

Staph preys particularly on those in hospital settings who have “weakened immune systems or have undergone procedures such as surgery or have intravenous catheters.” Some strains of staph are antibiotic resistant, which means almost certain death to those who are infected with that particular strain.

According to the CDC Director, “Detecting sepsis early and starting immediate treatment is often the difference between life and death.” Some of the main symptoms to watch for include:

You Can File a Lawsuit Against a Hospital for HAI Sepsis

When the negligence of hospital policies or procedures is the cause of a patient contracting sepsis, the hospital can be sued for malpractice. It seems as though it would be an easy case; the patient did not have sepsis upon entering the hospital, but contracted it while being treated for another condition or disease. But, there are some major issues that are generally created by hospital insurers and attorneys:

How a Sepsis Attorney Can Help

Proving that hospital negligence caused your sepsis, or your loved one’s death due to sepsis, is not an easy task. Although there are no guarantees in the legal system, a skilled Chicago sepsis attorney like one you will find at the Blumenshine Law Group, is vital to the success of your case. Expert testimony will be required to prove the hospital did not comply with the appropriate standard of care.

The law requires you to bring your hospital malpractice claim within a certain time after the incident. Contact us as soon as possible at our Chicago office for a free consultation (312)766-1000. We will review the circumstances of your HIA sepsis, or the case of your deceased family member, and advise you on how to proceed.