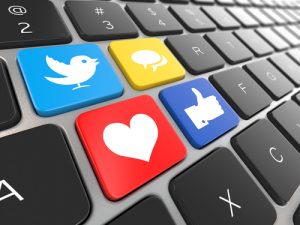 In early 2014, a Utah man received national news media attention after he posted a video of himself and another man pushing over a huge rock that was part of a larger rock formation at Goblin State Park in Utah. After the successful rock push, the men were shown high-fiving each other and jumping up and down with excitement. One of the men, Glenn Taylor, posted the video on his Facebook page and linked it to YouTube. It went, as they say, “viral.”

After viewing the video of the men destroying the ancient rock formation, The Boy Scouts of America issued a formal statement saying the actions of the two men were “reprehensible” and both men were “removed from their leadership positions.” They were both charged with criminal mischief for their actions of destroying the rock formation in the state park. They both pled guilty, were fined and sentenced to probation.

But, for Mr. Taylor, that was not the end of the story. Just the week before the rock toppling incident, Mr. Taylor had filed a personal injury lawsuit based on injuries he said he suffered in a car accident which had occurred several years earlier.

In his personal injury complaint, Mr. Taylor alleged that he had suffered from permanent debilitating pain and had lost his enjoyment of life. These allegations were directly contradicted by his actions shown in the video. He was pushing and shoving a monumentally heavy boulder, jumping up and down for joy, laughing out loud and clearly enjoying life. After the defense attorney viewed the video, he expressed his plan to file a motion to dismiss. The case was subsequently dismissed on the agreement of both parties a few weeks after the viral video.

Avoid Using Social Media Until Your Injury Claim Has Been Settled

Injury attorneys will all advise you to avoid posting to social media during your personal injury case. That includes everything: Facebook, Twitter, Pinterest, Snapchat, as the primary examples. The defense’s job is to defeat or diminish your claim and show that either you were not injured at all, or at least not as seriously as you claim.

Courts have ruled that you have no expectation of privacy in anything posted on social media and the evidence is admissible against you unless there is some other evidentiary reason preventing it from being used.

If you just cannot help yourself, just remember with every post you publish and every comment you make that “someone,” (ie. the insurance company adjuster and defense attorney), is watching. Here are some important guidelines if you feel you cannot stay completely away.

If you were injured in any type of accident and are considering filing a personal injury claim, or have already filed one, you should stop all of your social media postings. For more information, contact our Chicago personal injury lawyers at Blumenshine Law Group for a free consultation.