Traumatic Brain Injuries Can Be Life-Threatening 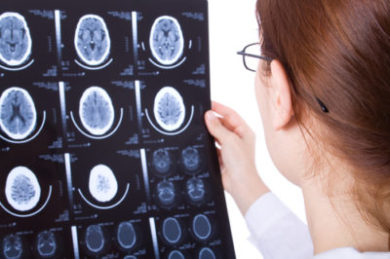 The movie Concussion is based on the true story of a doctor in a coroner's office who determined that former professional football player, ”Iron” Mike Webster, suffered and died from chronic traumatic encephalopathy (CTE). Webster played for the Pittsburgh Steelers. CTE is a traumatic brain injury caused by repeated blows to the head. The story of the forensic pathologist in Concussion and his findings drew national attention to the incidence and consequence of traumatic brain injuries (TBI).

The movie follows several recent tragic stories of other football players who also had brain damage. Two other former pro football players died due to consequences related to brain trauma. Fierce safety Dave Duerson of the Chicago Bears died as a result of a self inflicted gunshot wound to the chest in 2011 at the age of 50. The passionate linebacker Junior Seau of the San Diego Chargers died the same way in 2012 at the age of 43.

A few years back, a Chicago high school senior hit his head during the final play of a football game. He was able to walk off the field. Shortly afterward, however, he complained of a headache, lost consciousness and died due to the severe head injury he suffered during the play. The coroner determined the student died of “blunt force head injuries.” He was only 17 years old. His was the seventh death of a high school football player in the nation in 2015 due to a TBI.

Viewers of Super Bowl 50 saw the nice rendition of the Star Spangled Banner sung by Lady Gaga. And many folks not that interested in football watched the game in order to see the new and often provocative commercials, or the halftime show. What was not enjoyable, however, was the news that two major players, one on each team, were forced to leave the game when they each suffered a concussion during game play.

What is a Traumatic Brain Injury?

A TBI, or “intracranial injury” is defined as an injury to the brain that is caused by an external force. The force can be either direct or indirect. A direct force would be when a person strikes their head against the steering wheel in a vehicle collision. An indirect force could be the acceleration and deceleration that commonly occurs with a whiplash type motion of the head in a severe rear end collision.

Brain injuries are categorized as major, moderate and minor. Some brain injuries are minor with no lasting effects. Other head trauma causes a person to lose consciousness and suffer life-altering consequences. The normal function of the brain is forever changed when a permanent brain injury occurs. The ordinary processes of thinking, listening, talking and planning can all be altered by a traumatic brain injury.

A concussion may be an example of a mild TBI (“MBTI”). It causes temporary loss of cognitive functioning along with a headache. The symptoms are usually temporary and there is typically a full recovery. Often, however, TBIs are life changing. According to the Brain Injury Association of America (BIAA), 2.5 million people suffer from TBIs every year and 50,000 of those who are injured die. Another 280,000 are hospitalized.

All sorts of accidents can result in TBIs:

Symptoms of a TBI

Unfortunately, it is not unusual for someone who has suffered a TBI to be unaware of the seriousness of their condition. As in the case of the 17-year old football player who walked off the field only to die later, the serious and life-threatening symptoms of a brain injury may not appear immediately. Anyone who has suffered a head trauma should receive immediate medical treatment and be watched closely. Experts note the following symptoms could be signs of a serious head injury:

Prompt treatment may make the difference between recovery or long term or more serious consequences. Early treatment may also make the difference between quick full recovery or the need for long-term medical care or rehabilitation. Even among those who receive prompt treatment, more than five million people live with a permanent disability resulting from their TBI.

How a Chicago TBI Lawyer Can Help

Not every TBI is caused by another’s carelessness or negligence. But, if the injury was the fault of an individual or company, those who are injured can seek compensation under the law for their injuries. Proving fault in a court of law is not a simple task and establishing legal “damages” requires skill and experience. If you have a significant head injury, you likely need help fighting with the insurance company who may delay or deny your claim. Our Chicago TBI Lawyers would like to be of service to you.