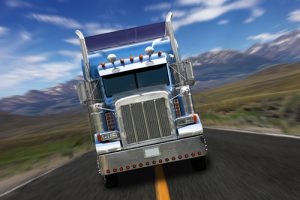 Before he left for work in the early morning hours of August 2006, Dan Lindner kissed his two young boys good-bye. Both toddlers ran to their father for a second kiss. Lindner never again saw his children alive. Nor did he see his wife nor his mother-in-law alive after that morning. Within a few hours, all four of his family members were dead.

Mrs. Lindner was driving her children and mother, in the family minivan, on a four-hour drive to visit family in Ohio. Due to highway congestion, she slowed down behind a flat-bed truck. Behind her, a semi-trailer driver traveling at a high-speed did not brake. He rammed into the back of the Lindner minivan, plowing it into the flat-bed truck. A horrific fire engulfed the vehicles. Only the driver of the flat-bed truck made it out alive.

A police report of the tragic accident found that Roberts was driving at an “unsafe speed.” Also, the truck driver had received seven warning letters from his employer after three previous rear-end accidents. Even with a history showing a risk to others, his employer allowed him to continue driving for them.

Through the years, the incident rates of trucking accidents fluctuate. One year may see a decrease in deaths but increase in injuries. The next year, there may be more deaths and fewer injuries. Even in the seemingly good years, the New York Times reports that more people are killed annually in large trucks “than have died in all of the domestic commercial airline crashes over the past 45 years.”

A special report by CNBC noted that one major reason there is no “national outcry” over the deaths and injuries from trucking accidents is that “both government and industry are wary of putting too many restrictions in place that could harm the country’s ability to do business.”

The U.S. Department of Transportation notes that a leading cause of trucking accidents is truck-driver fatigue. A recent study conducted by the American Automobile Association (AAA) found that drowsy driving is as dangerous as drunk driving. In both situations, drivers have slower response times and a reduced ability to quickly assess dangerous situations. To address truck driver fatigue, the Federal Motor Carrier Safety Administration (FMCSA) enacted a “Final Rule” in December 2011 which requires drivers to keep a log of their driving hours and to take certain rest breaks.

The truck driver rules include the following:

Prior to the rule, drivers could drive a maximum of 82 hours in a workweek. Even with the rule changes and reduction in allowable driving time, drivers still experience fatigue. One example of how serious truck driver fatigue can be is  the accident that critically injured well-known comedian Tracy Morgan and seriously injured eight others. His good friend and fellow comedian known as Jimmy Mack was killed. The crash occurred on the New Jersey Turnpike. The truck driver who rammed into the Morgan limousine was driving a modern and well-maintained 18-wheeler. At the time of the crash, the truck driver:

The driver ignored construction warning signs as well as a sign reducing the speed limit from 65 m.p.h. to 45 m.p.h. This made it impossible for the driver to stop before hitting the car in which Morgan and Mack were riding.

Although the driver was technically following the FMCSA final rule, he was still fatigued. The rule does not consider the driver’s activities prior to picking up the truck and beginning his or her workday or workweek.

If you were seriously injured in an accident with a large truck or semi-trailer, or someone you know was killed in such an accident, you need experienced truck accident attorneys who will fiercely fight to see that you receive all the compensation to which you are legally entitled. Contact our attorneys at Blumenshine Law Group for a free, no obligation consultation.