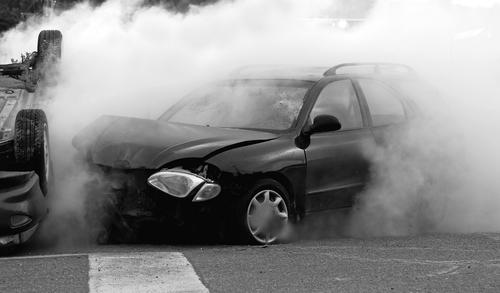 Your uninsured (UM) or underinsured (UIM) motorist injury claim is special. Why is your UM or UIM claim noteworthy? Your claim is special because it is against your own insurance company and it owes you a duty of good faith and fair dealing. The insurance company for another driver does not owe you a duty of good faith. Your insurer is thus required to fairly and promptly handle your uninsured or underinsured motorist injury claim, and for that reason, your UM or UIM claim is special.

What is the source of the good faith duty?

You and your insurer have a contractual agreement – the insurance policy. You met your duty of good faith, you paid your premiums. When your claim is made, the insurer now has a duty to you. So, the origin of the insurer duty is the contract with you. The second source of insurer duty is the law. In Illinois, the Insurance Code prohibits insurers from unreasonable and vexatious delay and denial in handling a claim. Additionally, the Administrative Code prohibits unfair insurer treatment of insured claimants. Lastly, case law, or judge made law, contains guidance on how insurers must handle claims by their insureds.

What is the insurer duty of good faith in claims handling?

The duty of good faith essentially means that a party to a contract must be fair and honest to the other party in the contract.  In the uninsured and underinsured motorist injury claim process, your insurer thus has to be fair and reasonable in responding to your claim. Your insurer owes you a duty to take a reasonable approach to evaluating and attempting to resolve the claim. The duty includes many dos and do nots that are listed in catalogued in both statutory and case law.

Why is the duty of good faith so special in an uninsured or underinsured motorist claim setting?

Your insurer’s duty of good faith is special because it requires them to promptly and fairly evaluate your claim and make a decision. No such duty exists when making a claim with someone else’s insurer. Now it is true that not all claims are valid. Maybe you were at fault or you were partially at fault. Maybe your injuries were not caused or solely caused by the incident. Maybe – and this is almost certainly true – you and your insurer disagree about the value of your claim. Disagreements on claim value are the most common point of contention in an injury claim. However, a dispute about claim value does not justify unreasonable denial or delay of your uninsured or underinsured motorist claim.

Your insurer must make a timely decision on your claim. Another party’s insurer need not make any offer to you at any time. They may have a duty to their own insured. But another party’s insurer has no duty to you.  The dynamic nature of the insurance contract, however, imposes an obligation, a requirement, a legal duty that your insurer treat your uninsured or underinsured motorist injury claim fairly and honestly. Most importantly, your insurer must make a timely settlement offer (or claim denial if warranted). The special good faith duty places an obligation on the insurer that you may properly work in your favor by insisting on a quick and fair claim evaluation.

Here are some other great articles on our site for more information:

How Much is my Uninsured Motorist Claim Worth

Uninsured vs. Under Insured Motorists in Illinois