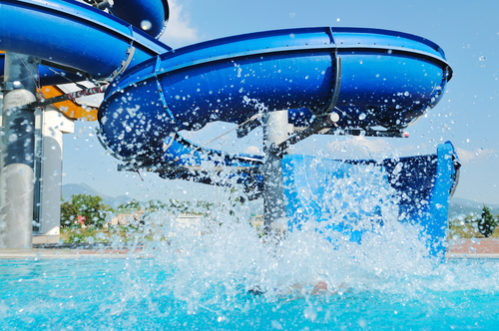 Who is watching out for the safety of children and adults at waterparks? It appears that official regulation is inconsistent and in many cases insufficient. The statistics and reports of water park injuries and deaths suggests that greater enforcement of safety rules at water parks would prevent unnecessary harm to visitors. Many injuries and deaths would be prevented if water park design, maintenance and life guarding procedures were proper at the outset.

Reports of customer injuries started soon after the world's tallest water slide - the Verruckt - opened in July 2014 in Kansas City, Kansas. “Verruckt” means insane in German. Those reports continued during the 9 months — over three summers — the ride was in operation at Schlitterbahn Water Park.

Two teenagers suffered concussions on Verruckt. Another slammed her head into her knees on the first drop and needed seven stitches across her right eyebrow. A man broke two toes. Several riders hurt their necks or suffered whiplash. Two riders — one in June 2015 and the other in August 2016 — ended up with injured spinal disks after a ride down the slide. These incidents were a warning that was not heeded by park management.

It was a horrific fatality of a young boy that led to a full inquiry into the extent of injuries that riders had suffered. A 10 year old Olathe Kansas boy was going down Verruckt when his raft went airborne and he was decapitated by a metal hoop that supported a netting system atop the ride. He was seated in the front. Two women in the raft with him were seriously injured. After his death, an official investigation by prosecutors was launched. As a result, a grand jury indictment was issued and criminal charges were lodged against executives associated with the park arising from the death of a child on Aug. 7, 2016.

A 13-year-old girl and her friends went to the Seven Peaks water park in Provo in September of 2015 for a day of fun in the sun. Instead, she suffered an injury that devastated her life. She was badly injured on a water slide.

A video of the accident shows her going down the 'Sky Breaker Slide,' which drops riders rapidly and then slowing them down into a thin pool of water at the bottom.

She had to undergo reconstructive surgery to repair her face. And most tragically she suffered a traumatic brain injury. This was preventable if the design and maintenance of the ride had been up to standards.

Now closed, New Jersey’s Action Park, became known as “Accident Park.” It has been America’s most dangerous water park. The Tidal Wave Pool became known as the “Grave Yard Pool.” The 12 lifeguards had to rescue dozens of people from the moving water pool every weekend. Its Alpine Slide was the cause of 26 serious head/brain injuries and 14 bone fractures. Local emergency room doctors and nurses came to call the place “Class Action Park” due to the steady stream of injured water park patrons who required medical treatment. The Park was eventually closed but is reported to be slated for re-opening.

In a far less consequential but nonetheless serious incident, a boy flew off a water slide in California. Saturday, May 27, 2017, was the grand opening of its $43 million water park - “The Wave Waterpark.” The park consisted of six slides of varying heights, three pools, a water playground and a 2,000-seat outdoor performing arts theater.

About 90 minutes after its debut opening, a 10-year-old boy zoomed down one of the parks’ slides, a three-story water slide dubbed the Emerald Plunge. The boy flew off the edge of the slide and became airborne. He landed on the concrete below the structure. He slid across the abrasive surface, which scraped skin off of his back. He was in pain and stunned. His parents raced to his side and took him to a local emergency department for treatment.

The Emerald Plunge was immediately shut down, as was an adjacent slide, the Dublin Screamer. The two slides remained closed for the rest of the summer and had not reopened when the water park closed for the season in September.

According to a news report, Cal/OSHA (Occupational Safety and Health Association) indicated that the two slides remained closed while it waited for the manufacturer to complete testing to the satisfaction of Cal/OSHA that would prove the slides were safe. This had not been done by the September 2017 summer closing. Also, Cal/OSHA said, as of November 2017, the accident investigation was still ongoing.

The entire accident was caught on video. According to one vivid description, “The video shows the boy hydroplaning out of the slide near the bottom, where the arch of his back slides along the rim of the water slide for a number of feet before the boy is launched onto the concrete below.”

The parents of the injured boy recently released photos of his injuries, which show severe abrasions across his entire back and near one elbow. The boy’s pediatric dermatologist says the back wounds are more like burns. According to his mother, although it has been more than six months since the accident, the child has still not been able to return to his normal activities. He has trouble going to sleep at night. When he shuts his eyes, he feels as though he is falling off the slide again and, this time, he is falling from the very top.

A 2007 study cited by The Safety Record newsletter itemizes the types of injuries that are typically suffered at water parks.

The Red Cross cited U.S. Consumer Product Safety Commission estimates when it launched updated training efforts last year for lifeguards who work at water parks. Those showed more than 4,200 people a year taken to emergency rooms to be treated for scrapes, concussions, broken limbs, spinal injuries and other such injuries suffered on public waterslides. Those numbers do not include other water park injuries or those who need lifeguard assistance without a hospital trip.

If you or your child suffered injuries in a water park accident, you may be able to collect reasonable compensation for your damages. Contact our experienced and aggressive water park attorneys at the Blumenshine Law Group (312)766-1000 or email at info@blg-legal.com for a free no obligation consultation.