Who Pays for  Construction Vibration Damage to my Home or Building? 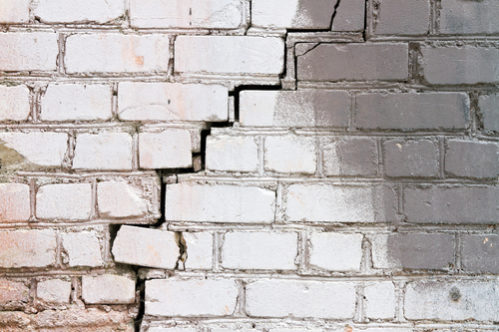 Is a construction project going on near you that damaged your house or building? Heavy construction activities including demolition, excavation or jack-hammering are proven to cause significant damage. Your foundation may have cracks from the repetitive nature and force of the vibrations. If you have you felt your home or building shake or rattle at times during the construction process, and you notice structural damage, you likely need to pursue a remedy to repair the losses you have sustained.

Cracks may appear in your walls that you know were not there prior to the start of the construction project. Your utility systems or systems may have been altered or disrupted from the vibrations. You need to have the damages to your home or building repaired, but are unclear about what to do next, and how to prove and recover for the damages caused by the construction related vibrations. The potential sources of recovery include the general contractor, the subcontractor responsible for the vibration causing activity, or your own homeowner’s or building owner’s policy.

Machines, equipment and tools used for both the demolition of old buildings, and in excavating foundations for new buildings, can be the source of vibrations that cause damage to nearby structures. Some of the possible damage includes:

If you have suffered significant damage that you believe was caused by construction vibration, you likely need to submit a claim to recover for your losses. 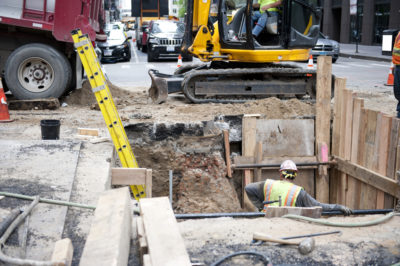 Rules applicable to safe demolition and excavation activity may come from municipal ordinances or state law or from industry standards. One such standard is that a site evaluation be done prior to any vibration causing activity such as demolition or excavation. The site evaluation should include measurements, soil testing and analysis of any potential harm to adjoining properties and structures on adjoining properties.

It has been scientifically established that even seemingly modest demolition and excavation activity can cause vibrations that travel through the earth to adjoining (next door) land and buildings including homes. A company involved in such a project must assess whether the proposed work poses a risk of harm to surrounding property owners. And is a risk is posed, the project must be modified in a way to eliminate the danger to others.

Proving Your Damages and Cost of Remediation or Replacement

Typically, you need one or more experts to evaluate and prove your damages. A structural engineer can evaluate the nature, extent and cause of the damage. A builder or remodeler can supply the scope and cost of work to repair or replace your home or building. For example:

The engineer will also evaluate how close your home is to the construction project and damaging machines, equipment and tools that were used. One of the issues is to prove that the damage was not preexisting and was, in fact, caused by the construction activity.

In 2015 in Chicago, the construction of a 51-story hotel and arena for the DePaul University basketball team caused vibration damage to an older nearby home resulting in structural damage to the home. The owner said that when the ground moves, “my house moves.”

The owner’s homeowner’s insurance company sent a professional to inspect her home and evaluate the damages. As it turns out, he was the same inspector who had initially inspected her home prior to her purchase eight years before, so he had prior knowledge and documentation of the previous condition of the home. He could speak with authority that the damage he found in the home was “not at all present when she bought it.”

A standard homeowner’s insurance policy or building owner’s policy provides coverage for structural damage to the home or building when the damage is caused by fire, wind damage caused by a hurricane, lightning, and other disasters. However, most policies have an exclusion from covering damages caused by “earth movement.”

When you present a claim for vibration damage, the first response of the insurance company is often to deny the claim on the grounds that damages due to “earth movement” are not covered.

The difficult part may be in proving the damage was caused by earth movement due to construction vibration. You really need a construction damage attorney experienced in dealing with insurance companies who knows how to prove coverage and force payment of claims.

We can likely assist you in proving the cause and the extent of the losses you have sustained due to construction activity. It is important to have all documentation, including photographs, and details as to dates and times of activity and damages sustained.

The process can be involved. We suggest that if you believe construction vibration damage in excess of $75,000 to your home or building, contact our experienced construction damage attorneys at the Blumenshine Law Group (312)766-1000 for help in pursuing your claim for recovery. We offer a no-obligation free case consultation.