Will Civil Rights Violations Ever Come To An End?
0

Will Violations Ever Come To An End? 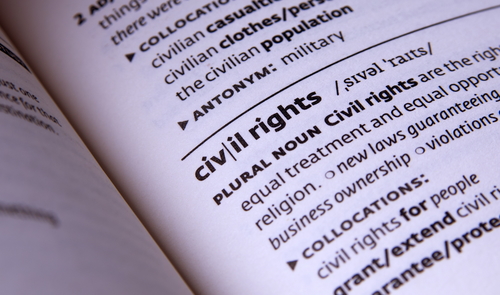 It is almost impossible to listen to a newscast without hearing about an injustice that occurred somewhere in the country. Prisoners, who have spent half their lives in prison, are released when it is discovered they did not commit the crime for which they were convicted. Retail customers claim they were discriminated against by business owners. The police are accused of using excessive force. It seems like every day, somewhere, someone tramples on the civil rights of another.

The U.S. Justice Department is currently investigating the Chicago Police Department for civil rights violations. According to Mayor Rahm Emmanuel, who was initially against the investigation but now welcomes the federal assistance, says the focus will be on the department’s “long history” of using excessive and deadly force and the lack of accountability for individual officers.

The investigation was prompted by the recent release of a video showing an officer fatally shooting LaQuan McDonald as McDonald walked away from police. The video contradicted the officer’s previous report that the man was moving toward him in a threatening manner. The officer who fired the fatal shots has been charged with murder and the entire department is under scrutiny. Five officers who were witnesses to the shooting also gave reports that conflict with the events shown on the video, but no information has been released about whether any civil rights charges will be filed against any of them.

The Chicago investigation is just one of many that has occurred in recent years. Last spring, the Justice Department released the results of its investigation into the Ferguson, Missouri, police department following the August 2014 shooting death there of a young black man, Michael Brown. Although the investigation concluded that no civil rights charges would be filed against the shooting officer, it found that the Ferguson Police Department “engaged in a pattern or practice of conduct that violates the First, Fourth and 14th Amendments of the Constitution.”

The term “civil rights” refers to more than police misconduct. It includes rights afforded to all people under federal and state constitutions and legislative acts including legislation that protects certain classes of people from discrimination.

Rights Under State and Federal Constitutions and Legislative Acts

The federal and state constitution provide the following rights to all people who are in the country, not just U.S. citizens:

The rights often come before courts for interpretation of the applicable law. Most people are aware of the June 2015 decision by the U.S. Supreme Court that held prohibiting same sex couples from getting married violated the due process and equal protection clauses of Fifth and Fourteenth Amendments to the federal constitution. The ruling legalized same sex marriages in all 50 states and U.S. territories. No longer may same-sex couples be denied their civil right to be married.

Another example occurred last July when an Illinois federal district judge found that the Cook County Jail’s policy of banning all newspapers violated the First Amendment rights of the inmates to receive information and stay current on the news.

There are situations where a state or local law may afford rights and protections that, if the law is not complied with, results in a civil rights violation. A ninth grade Texas student recently made national news when he took a homemade clock to school to show off his clock-making skills to his science teacher. Instead, he was interrogated for hours on suspicion of being a terrorist who brought a bomb to school. His requests to call his parents to be with him during the interrogation were ignored. The Texas chapter of the American Civil Liberties Union (ACLU) alleges this was in direct violation of civil rights afforded him under Texas law which states a minor is entitled to be accompanied by his parents in a juvenile processing center.

Discrimination as a Violation of Civil Rights

The Civil Rights Act of 1964 and subsequent similar legislation established that governmental entities, businesses open to the public, landlords and employers must not discriminate against anyone based on their:

Just last month, the Office for Civil Rights of the Department of Education ordered an Illinois school district to allow a female transgender student to use the girls’ locker room, including the shower, without restrictions. Denying her the right to use the girls’ locker room violated a federal law prohibiting discrimination based on sexual identity.

Now, politicians are arguing about rounding up undocumented immigrants for mass deportation with little discussion about due process of law or discrimination based on national origin. Will civil rights violations ever come to an end?