Microcephaly: Zika Virus is Not the Only Cause | Blumenshine Law Group
0

Microcephaly: Zika Virus is not the only cause of microcephaly 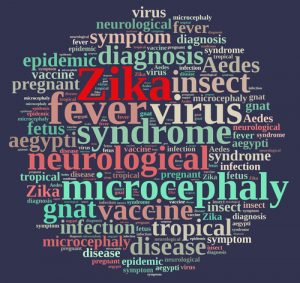 For most people, expecting a baby is an exciting time in their life. They make preparations, go to classes and make plans on how to introduce the new little one to other children at home or to their pets. They get the baby bassinet ready and tell their friends. Unfortunately, the joy of the birth is sometimes overshadowed by the newborn infant suffering from a birth defect. One of those defects is microcephaly.

Between two and 12 babies out of every 10,000 live births will be born with a small head and small brain. The condition is called “microcephaly,” and although rare, if your baby is unexpectedly born with this condition, it does not matter to you how rare it is. It will affect the lives of both you, your child and your family. There are many different causes of microcephaly. Some are preventable. Others are not.

Microcephaly: What is it?

An infant with microcephaly has a head much smaller than normal. This means its brain is also smaller because, for some reason, the head stopped growing during pregnancy. Sometimes, the child will have other birth defects.

Microcephaly is diagnosed at birth by measuring the circumference of the baby’s head. A head that is smaller than the standard expected must be measured again 24 hours after birth. It is possible the small head was caused by it having been compressed during birth. If the circumference is still smaller than the standard baby head size 24 hours after birth, the diagnosis of microcephaly will be made.

In some cases, a physician will order a CT scan or MRI to determine if the baby had an infection during pregnancy. The tests can also provide necessary information about the development and structure of the child’s brain which can help with predicting the baby’s future and other problems the child may have.

In general, children with microcephaly endure the following:

Microcephaly is a life-long condition for which there is no cure. Babies with this condition need to be carefully monitored as they mature. Some actually have very few problems. Others have severe microcephaly and need regular medical check-ups to monitor their growth and development and to provide intervention and rehabilitation when problems develop. Early intervention can help these children improve their physical and mental abilities.

Microcephaly Caused by the Zika Virus

Microcephaly has recently been in the news due to the connection between it and the Zika virus, which is transmitted by mosquitoes. The virus generally causes flu like symptoms and a rash that lasts from two to seven days. It causes discomfort, but in most cases, it has no lasting effects. Recently, the World Health Organization (WHO) published findings of a possible link between pregnant women who contracted the Zika virus and newborns with microcephaly. The Centers for Disease Control and Prevention (CDC) cautions men who have been infected with the virus not to have sex without a condom for six months. It is not definitive, but research shows there is a strong possibility that the virus stays in the body for that long and can be transmitted through the semen.

Other Causes of Microcephaly

Causes of microcephaly have not been clearly defined and, in many cases, the cause cannot be identified. Some known causes include:

There are situations where microcephaly could have been averted, such as when the mother suffered from a microcephaly related illness that could have been prevented with proper medical care. Failure to timely diagnose the condition may be the cause of it growing more severe. As the child develops, the failure of health care providers to properly diagnose the condition and provide treatment interventions may result in the child not developing to his or her potential.

Get the Help of a Microcephaly Attorney

If your baby was born with microcephaly, it is possible that you have cause for a lawsuit. If so, you may be able to collect for the damages you and your child have suffered and will continue to suffer. For a free consultation, contact an experienced microcephaly attorney at the Blumenshine Law Group.